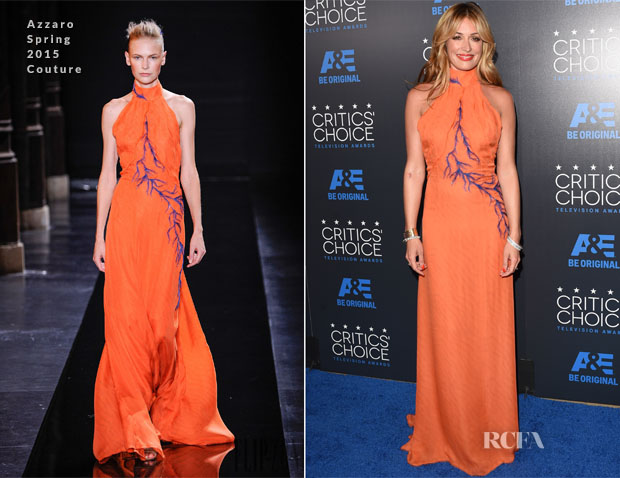 Cat Deeley has great hair. She knows it, her hairstylist knows it, even Pantene know this.

However, I wish, like on many other occasions, she had worn her hair up.

Between the neckline and the detailing this gown demanded an updo.