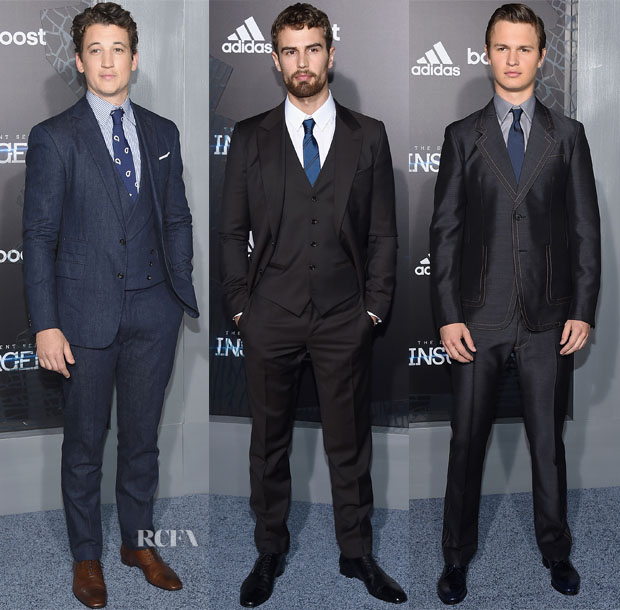 In addition to the group of lovelies at the ‘Insurgent’ New York premiere, the guys were out in force at the Ziegfeld Theater on Monday (March 16) in New York City.

Miles Teller: Looking ever so dapper, the actor wore a Ralph Lauren Purple Label three-piece blue suit with a patterned tie and contrasting Christian Louboutin shoes. While the silhouette is a more formal one, the suit’s slight denim look keeps it fresh and youthful—and perfect for Miles.

Ansel Elgort: I have to applaud this young stud for breaking out of the sartorial norm with his likewise denim-inspired Prada suit with exposed, visible stitching. Paired with a midnight-navy tie and lighter-blue shirt, it was a mod statement look that he certainly worked to his advantage. 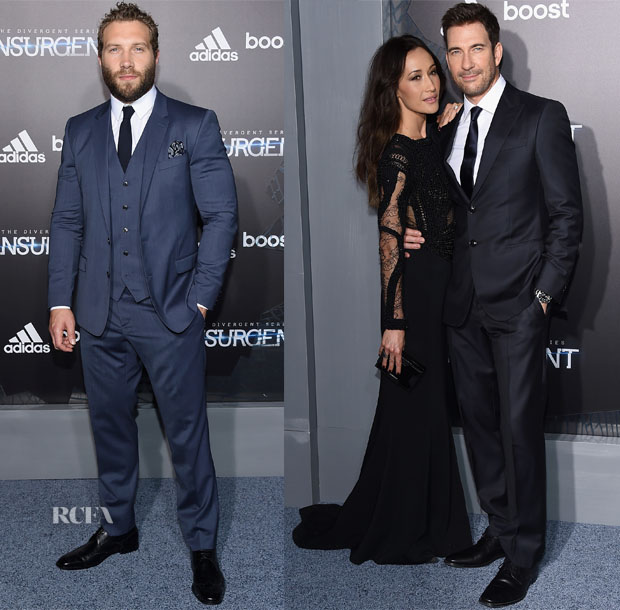 Dylan McDermott: Joining his fiancée Maggie Q, the actor struck a handsome note in his polished dark suit and skinny tie that was nice if nothing to write home about it. No matter, though, as with that steely-eyed stare, no one’s looking at the suit.