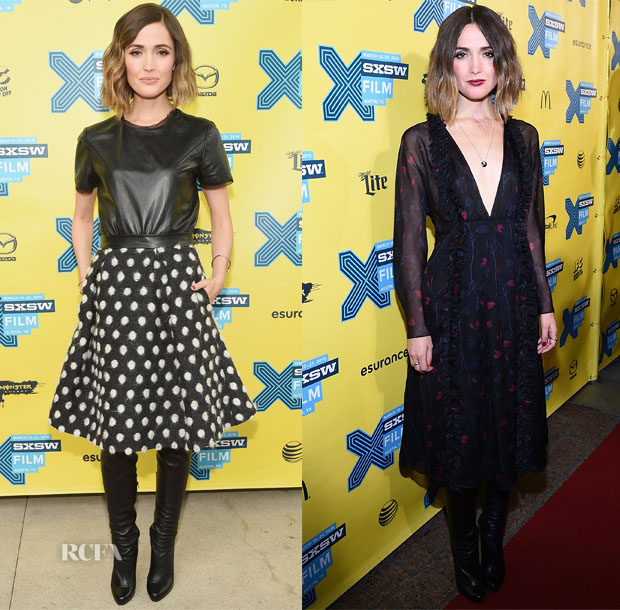 Rose Byrne had a busy weekend attending the premieres of ‘Adult Beginners’ and ‘Spy’ during the 2015 SXSW Music, Film + Interactive Festival held at the Paramount on Sunday (March 15) in Austin, Texas.

So many actresses upheld a sunnier slant to their red carpet looks during this festival while Rose has already moved forward to Fall.

‘Adult Beginners’ Premiere: We know Rose for her love for uber sweet frocks, but her look took a slightly edgier turn in this Prabal Gurung Pre-Fall 2015 look.

‘Spy’ Premiere: Not only was her Thakoon chiffon frock set on a moody tone of dark florals, but her styling including knee-high leather boots, and a deep rouge lip upheld her Fall chic offering.