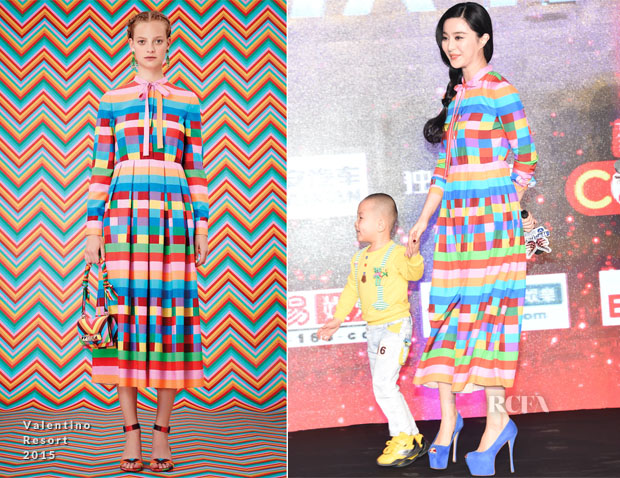 The actress wore a Valentino Resort 2015 long-sleeve necktie dress with a rainbow of vivid stripes in a chevron pattern, which defines this feminine design.

Opting not to emulate the look-book styling, the actress wore a pair of quadruple-stacked blue platform peep-toes, which are an assault on the eyes. Clearly Santa didn’t give Bingbing single sole sandals for Christmas.

Why would someone wear such a pretty dress with such godawful shoes?