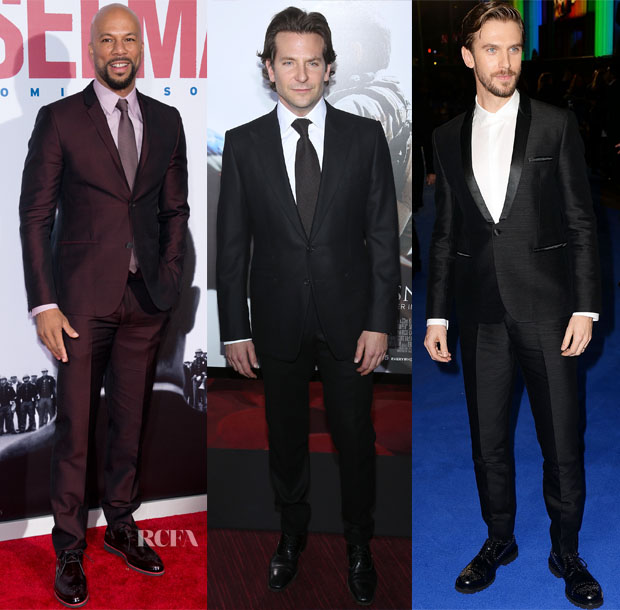 Here is a quick look at some of the dapper gents taking to the red carpet this week.

Common: The actor attended the ‘Selma’ New York premiere alongside the lovely Tessa Thompson on Sunday (December 14), looking pretty sharp himself wearing a Calvin Klein Collection suit. While the cut and fit is to be admired, I can’t help swooning at how the oxblood hue is so heavenly against his caramel skin tone. Styled with a blush shirt and patterned tie, the look was completed by a pair of Nicholas Kirkwood lace-up shoes with a contrast trim.

Bradley Cooper: The actor was back to his super-sharp best, donning a black silky-smooth cashmere Tom Ford suit to the ‘American Sniper’ New York premiere. The look is simple and classic, which only serves to bring out those gorgeous blue eyes. While I prefer Cooper with a bit of stubble, this clean-shaven look does have me swooning.

Dan Stevens: The British actor attended the ‘Night At The Museum: Secret Of The Tomb’ London premiere held at the Empire Leicester Square on Monday (December 15). The buttoned-up shirt tieless look doesn’t always work for me as it has a feeling of being not quite finished, yet with the slickness of the Armani suit styled with the studded shoes, I would say Dan pulls this look off with great aplomb. 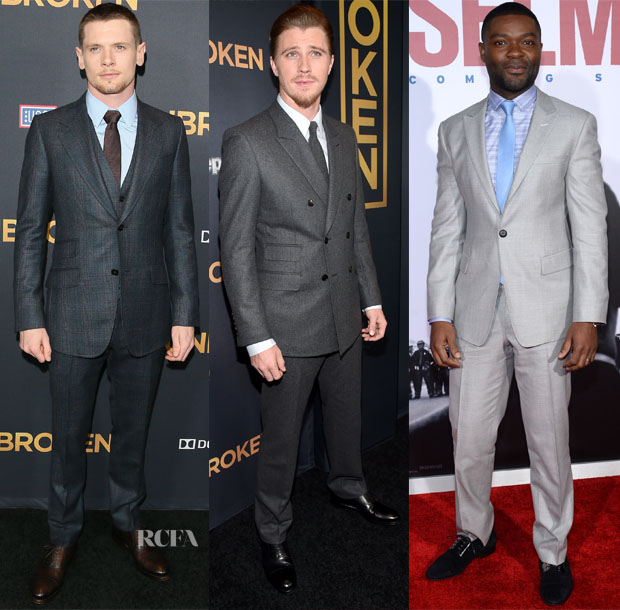 Garrett Hedlund: The actor opted for shades of grey, donning Gucci Made to Order grey peak lapel double breasted Signoria suit for the ‘Unbroken’ LA premiere. While the look is sharp, I don’t find myself excited about the colour, although it does complement his girlfriend Kirsten Dunst’s look.

David Oyelowo: The British actor opted for a lighter shade of grey, donning a peak-lapel suit. The suit is fine but it’s let down by the styling. I can’t say I’m a fan of the shirt, the tie or the black shoes with this look.