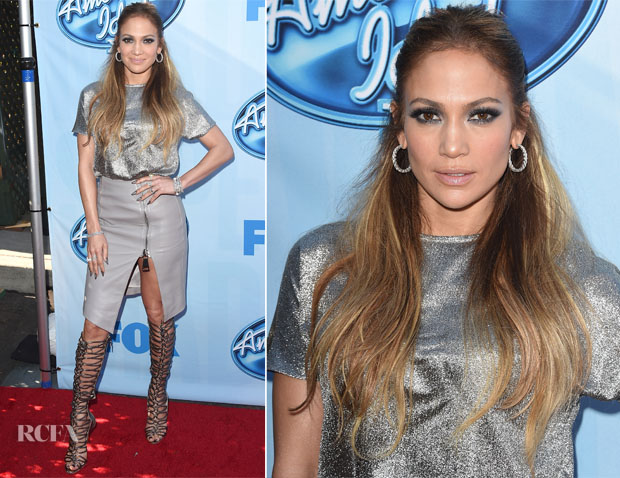 The singer opted for a touch of shimmer wearing a silver silk lamé Cédric Charlier top styled with a grey leather Thomas Wylde skirt, which is rather aptly called a ‘Sex on a Stick’ skirt, accented with a large silver zipper that highlights the thigh-high slit.

Even with the shimmer and the sexy skirt, your eyes fall immediately on her Sophia Webster ‘Clementine’ gunmetal gladiator knee-high boots.

Usually reserved for her performance looks, these boots really amp her red carpet look, taking it to the next level. 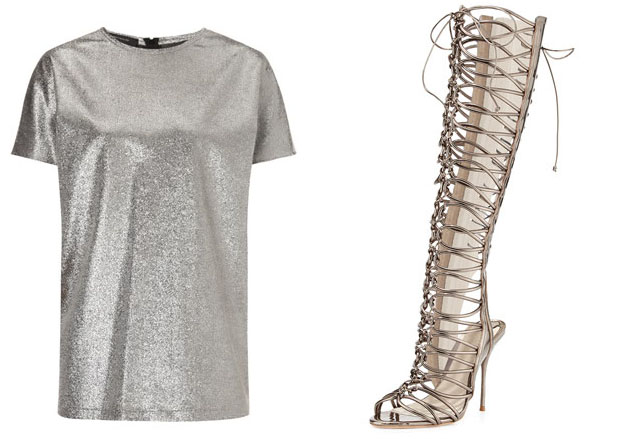 Evangeline Lilly In Alberta Ferretti – ‘The Hobbit: The Battle Of The Five Armies’ LA Premiere