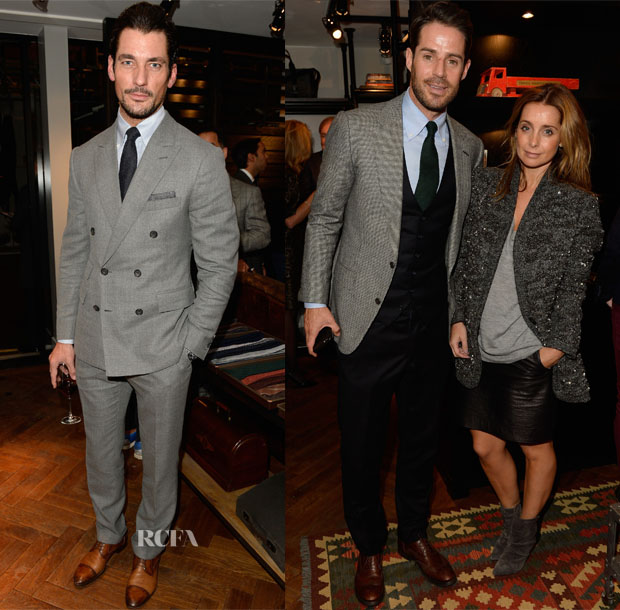 Thom Sweeney has been the go-to designer for British celebs both home and abroad, plus the likes of the well-dressed James Marsden have also been spotted donning the designer’s well-tailored suits.

Last night (November 13) a few of Thom’s fans joined him for the opening of his new Ready to Wear & Made to Measure Store in located at 33A Bruton Place, London, England.

David Gandy: Always topping best-dressed lists, he is likely to achieve that feat once again wearing a Thom Sweeney light-grey double-breasted suit, light-blue cotton shirt and speckled charcoal wool tie. Yes, I did swoon, firstly at the overall sheer magnitude of how impeccable he looks, and secondly because I got lost in those blue eyes.

Jamie Redknapp: Always well-dressed and often in Thom Sweeney, I was not surprised to see the former soccer star in attendance with his Isabel Marant-clad wife, Louise Redknapp. While she opted for a more laidback look which including an Isabel Marant embellished wool jacket which is to die for, he looked as sharp as ever wearing a Thom Sweeney dark-grey single-breasted suit styled with a light-blue cotton button-down shirt and a dark-green tie.

Dilemmas, dilemmas, who wore it best? I’m gonna flip a coin for this one. 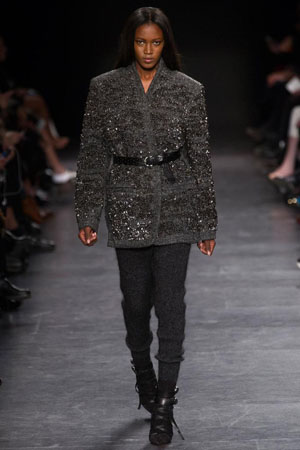