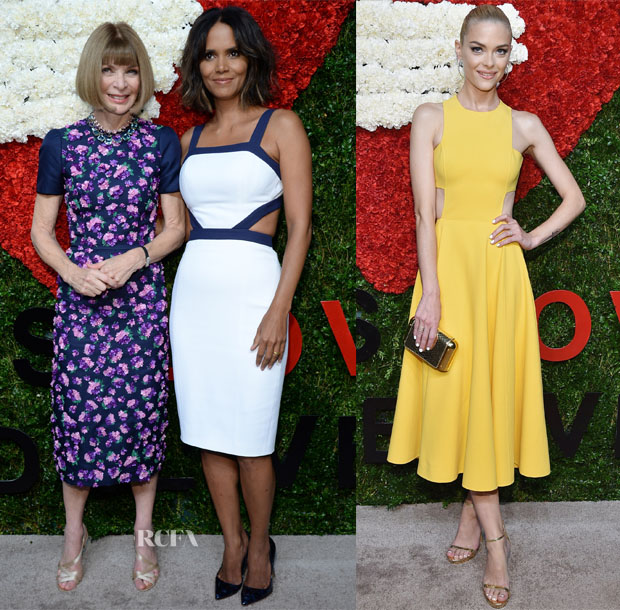 Here is a look at the rest of the ladies who joined Blake Lively on the red carpet for the 2014 God’s Love We Deliver Golden Heart Awards hosted by Michael Kors at Spring Studios on Thursday (October 16) in New York City.

Anna Wintour: The editor-in-chief of American Vogue was honoured at the event with the Outstanding Community Service Award. Wearing a very familiar silhouette, Anna wore an indigo sheath dress with lilac embroidery from the Spring 2015 collection, which she of course styled with her favourite Manolo Blahnik kitten heels and beaded necklace.

Halle Berry: Anna was stood alongside Halle Berry, who looks as gorgeous as ever showing off her body in an optic-white and indigo-trimmed dress from the Michael Kors Spring 2015 collection. I’m so very glad that she didn’t opt for her favoured black on this occasion. While I usually prefer Halle with a pixie cut, I’m loving this new highlighted bob style on her.

Jaime King: Having worn a blooming frock the day before, Jaime selected a sultry daffodil-hued cut-out dress from the Michael Kors Spring 2015 collection. Achingly cool, ultra-modern and stylish, as we would expect from Jaime, the look was accessorized with Jennifer Fisher jewels, gold python ‘Doris’ sandals and a gold python ‘Leyla’ clutch from the same collection. 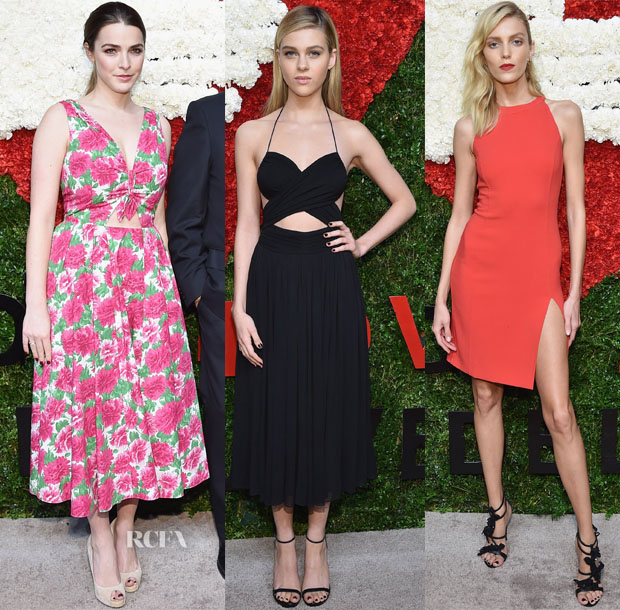 Bee Schaffer: I adore Bee’s floral geranium-print dress from the Michael Kors Spring 2015 collection. Oozing ladylike uptown elegance with a sassy cut-out, this was perhaps my favourite look on this red carpet – after Blake Lively and Jaime King, of course.

Nicola Peltz: Black was the colour once again from Nicola, who selected a sexy cut-out dress from Michael Kors’ Spring 2015 collection. Like Jaime, she also wore ‘Doris’ sandals, but hers were in black to match her pretty dress and mani/pedi.

Anja Rubik: Even though Anja donned a bold crimson-hued Michael Kors Pre-Fall 2014 mini dress with a thigh-high slit, the sassy black sandals are stealing my attention. 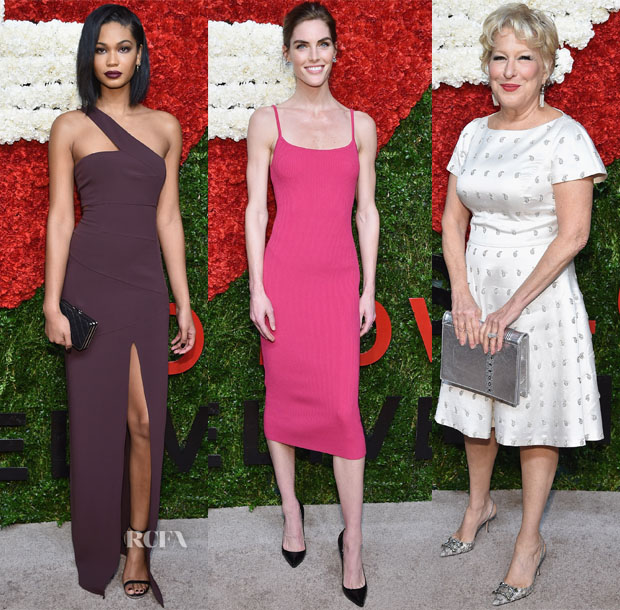 Chanel Iman: There were a lot of summery frocks on display on this red carpet. Chanel’s rich bordeaux fall gown was perfectly in tune with the current season. The sleek asymmetrical frock was styled with both ‘Doris’ sandals and the brand’s popular black MICHAEL Michael Kors ‘Elsie’ clutch.

Hilary Rhoda: While I’m hypnotized by the pink hue of Hilary’s tank dress from the Michael Kors Spring 2015 collection, I am also wishing she had opted in for a pair of those ‘Doris’ sandals.