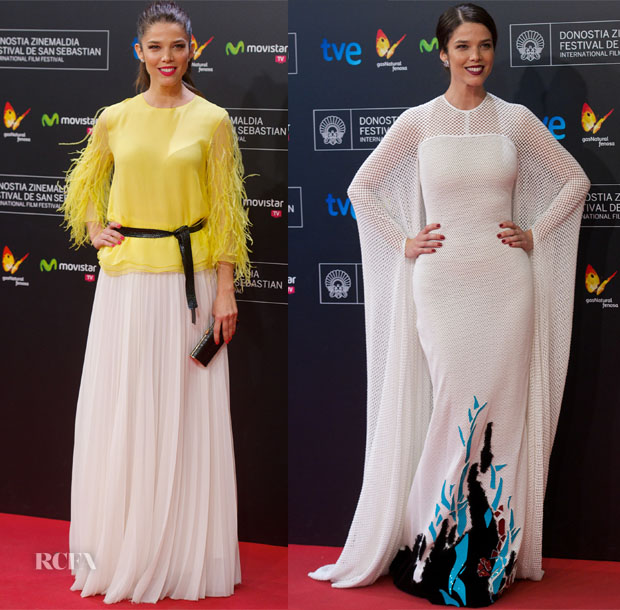 Juana Acosta continued her jury duty while attending a premiere during the San Sebastian International Film Festival this weekend.

‘Murieron Por Encima De Sus Posibilidades’ premiere: The actress wore an Andrew Gn Fall 2014 look. I love the lightweight feel of the look, plus the texture given to it via the feathers; however, it would’ve been interesting to see this look styled with accessories other than black.

62nd San Sebastian International Film Festival closing ceremony: On Sunday (September 27) the actress stunned again, this time wearing a Stéphane Rolland Couture white knit cape gown with appliqués in blue, silver and black at the hem of her skirt which, along with the cape, really bring this look alive. I didn’t ever think I would be so enamoured with a knit dress on the red carpet, but I’m floored. She perfected the the look with Baccara jewels, swept back hair and a dark-berry lip. Do you agree, or can you never get behind a knit dress on the red carpet? 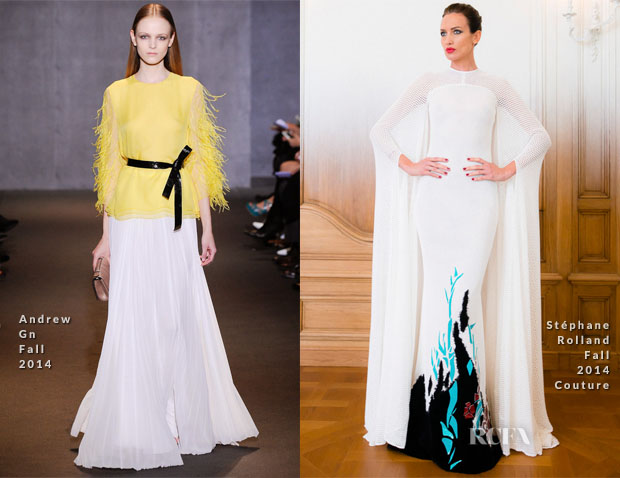