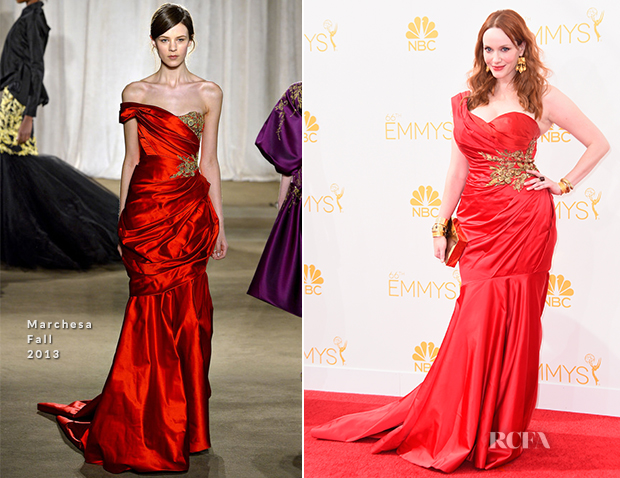 Christina Hendricks made a traffic-stopping entrance at the 2014 Emmy Awards, held at the Nokia Theatre L.A. Live in Los Angeles, California on Monday (August 25).

Opulence was this dress’s middle name with gold leaf filigree embroidery that likewise delivered a sense of romantic 18th century drama. It’s also what took the look to near costume-level proportions.

She kept the Midas moment alive and well with her metallic Lee Savage ‘Space’ clutch along with golden Neil Lane chandelier earrings and accompanying rows of bangles outfitting each wrist.

Factor in her own flame-red waves and ruby lip, and the effect was all a bit overly elaborate for my liking, and the excessive draping didn’t flatter her figure as well as I would have preferred.