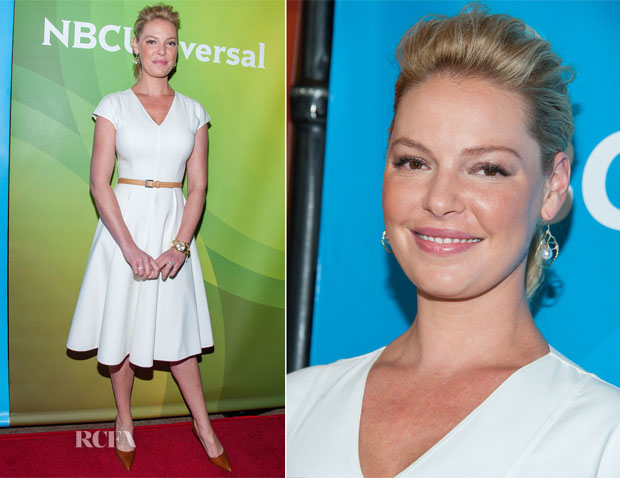 The actress donned a Michael Kors optic-white cap-sleeved linen dress featuring a ladylike A-line skirt, a demure V-neck, and a twill construction which makes for a chic and sophisticated frock.

The look was styled with Manolo Blahnik pumps, a selection of jewels and a contrasting belt at the waist to flatter and accentuate her figure.

I think the jewelry slightly overcooks the look, but otherwise this is a great first outing on the red carpet after her hiatus.

‘TrevorLIVE LA’ For The Trevor Proje...