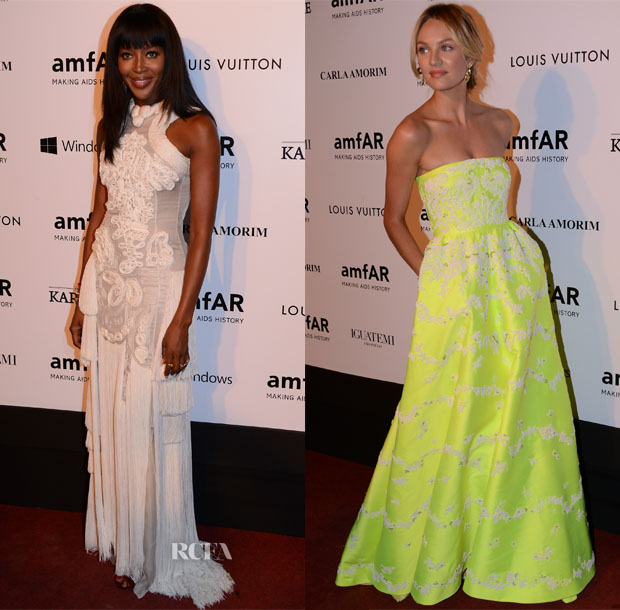 There were plenty more celebs and models who took to the red carpet joining Kate Moss for the amfAR’s Inspiration Gala Sao Paulo on April 4, 2014 in Sao Paulo, Brazil making the end of Sao Paulo Spring 2015 fashion week.

Naomi Campbell: The supermodel wore a white Givenhcy Couture racer-front gown enriched with embroidered details and a flowing fringed skirt. It would appear that Naomi has a thing for Tisci creations with a fringed skirt, as she has worn similar pieces to 2011 Met Gala and the 2011 amfAR Gala during Cannes Film Festival.

Candice Swanepoel: Perhaps my favourite look on this red carpet was Candice in Valentino. The neon-yellow hue gives this strapless embroidered dress a more modern feel. Styled with a simple updo, with barely there makeup she added yellow-diamond Amsterm Sauer earrings and ring to her look. 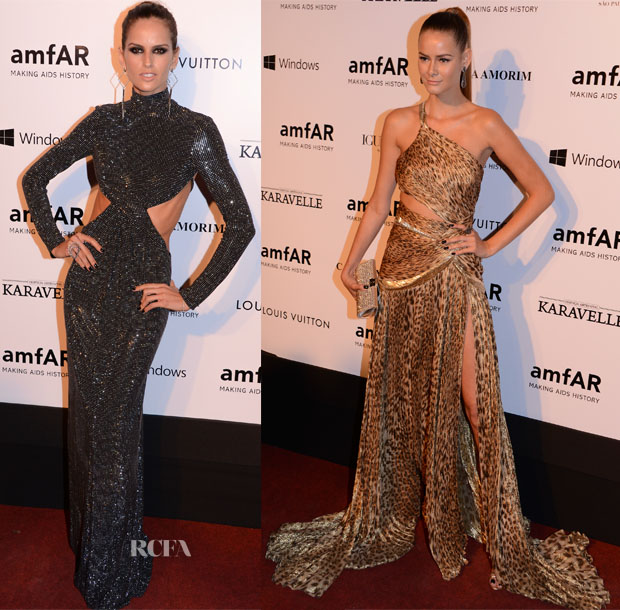 Izabel Goulart: Striking a supermodel post, the Brazilian beauty wore an Emilio Pucci long-sleeved black crystal embellishment gown featuring a high-neck and cut-out waist. Even though this is not a re-run, I feel like I have seen this style of dress many times before. Especially recently. Despite that she’s does look amazing especially when styled with smouldering eye makeup and dazzling statement earrings.

Flavia Oliveira: This animal print cut-out and slashed to the thigh creation is also a re-run. You may remember that Olivia Palermo wore this same gown while attending the 2013 amfAR Gala during Cannes Film Festival. Flavia styled her sexy frock with a gold glitter clutch, a high ponytail and barely there makeup. 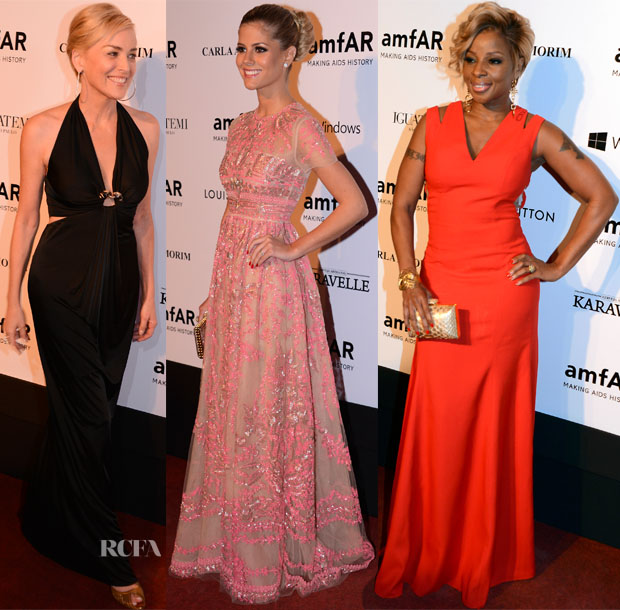 Mary J Blige: The singer looked amazing wearing a striking red Carlos Miele gown before taking to the stage to perform at this event.

Rita Ora Sparkles Head To Toe In Prada A...

Who Was Your Best Dressed At The amfAR C...