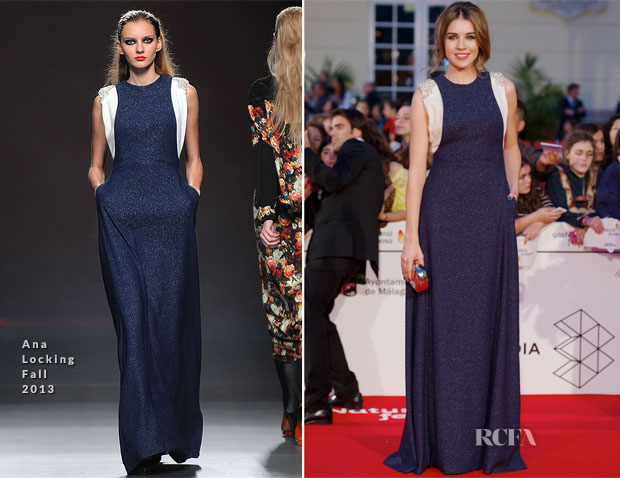 Andrea Guasch joined a host of Spanish actresses for the opening ceremony of the Malaga Film Festival 2014 held at the Cervantes Theatre on Friday (March 21) in Malaga, Spain.

Her blue shimmering gown, traced with white arm openings which are enriched with crystal detailing, was effortlessly styled with a silver clutch, a carefree updo and blue nail polish.

Any other trinkets would’ve overcooked this floor-sweeping look.

More From The 2010 Telva Awards

Posted by Catherine Kallon on March 24, 2014 In: Ana Locking, Runway To Red Carpet