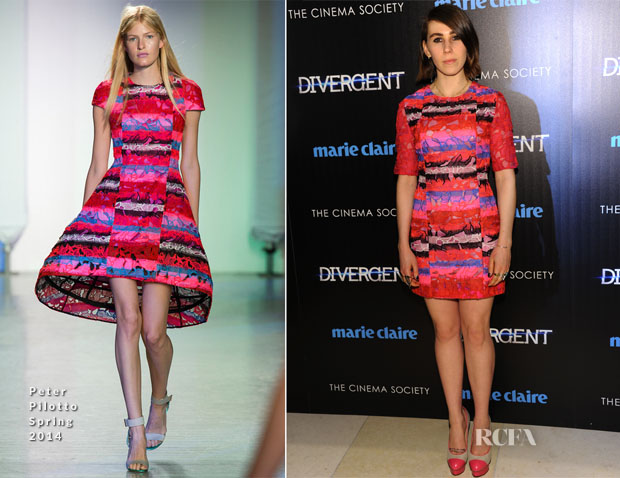 You could’ve knocked me down with a feather upon seeing Zosia Mamet at the ‘Divergent’ screening hosted by Marie Claire at Hearst Tower on Thursday (March 20) in New York City.

Often so sombre on the red carpet, the actress opted for a colourful Peter Pilotto Spring 2014 fitted dress.

The pristinely tailored dress of orchid-silk lace in a sweetly feminine pink, emboldened by multicoloured striped panels that impart a dimensional, almost kinetic effect, was styled with dual-colour toecap Charlotte Olympia pumps and a selection of rings.

While the dress is without its runway flounce, which I don’t think Zosia could’ve pulled off anyway, this is still a great look for the ‘Girls’ actress. 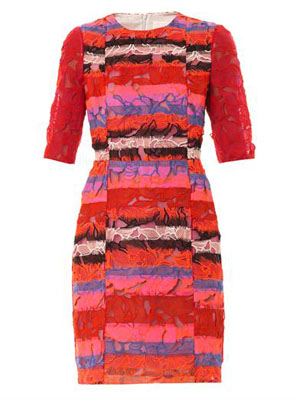 Issa Rae Brought Plenty Of Colour To The...