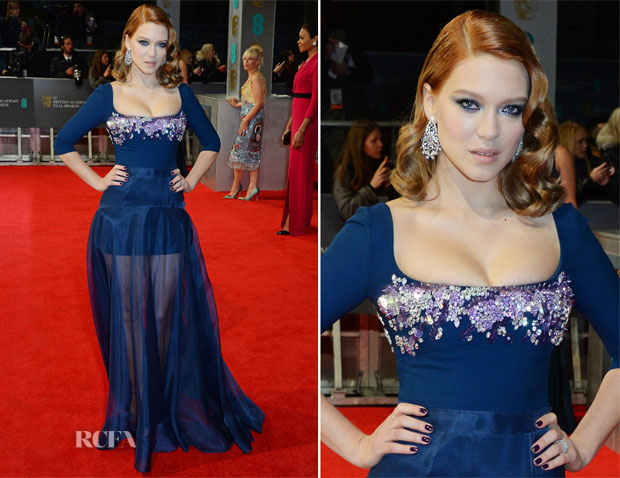 Léa Seydoux was a beauty in blue on the red carpet of the 2014 BAFTAs, hosted on Sunday (February 16) at The Royal Opera House in London, England.

The ‘Blue is The Warmest Colour’ starlet looks to have taken inspiration from the title of her film in this sapphire Miu Miu scoop-neck gown with sequin embellishment.

Wearing yet another luxed-up confection by Miuccia Prada, the actress showed off her version of the still-ubiquitous sheer skirt trend.

She styled the look with Chopard white diamond chandelier earrings and a dramatic blue smoky eye.

The see-through skirt may be slightly off-putting for some. But, if nothing else, the rich indigo colour was absolutely divine on Léa with her side-parted, flame-red locks, which were coaxed into finger waves.

Another moment of Miu Miu perfection, or are you left underwhelmed?