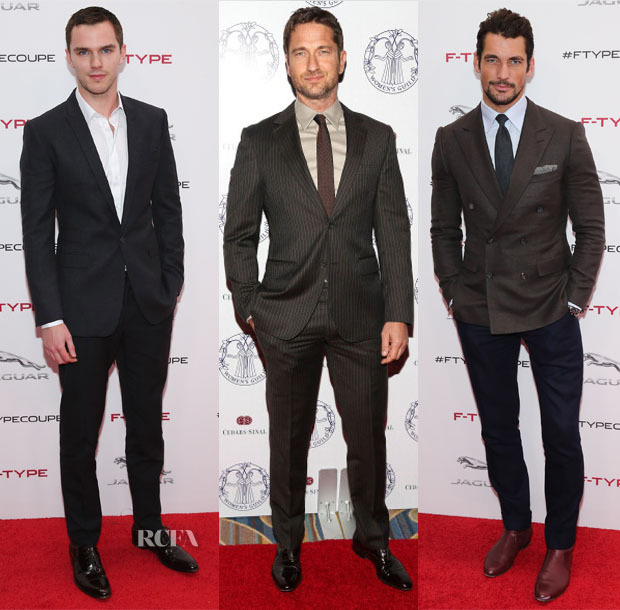 Here is a quick roundup of some of the fellas who have been on the red carpet over the past two days.

Gerard Butler: The Scottish actor attended the Women’s Guild Cedars-Sinai gala held at the Regent Beverly Wilshire Hotel in Beverly Hills, California wearing a brown Dolce & Gabbana suit.
While I have expressed my dislike for brown fabrics on the red carpet, I have to say that this pinstriped two-button suit with a taupe shirt and micro-dot brown tie surprisingly wins me over.

David Gandy: The supermodel joined Nicholas Hoult on the red carpet for the Jaguar launch party. Having paid a lot of attention during his career, David stands head and shoulders above the others in his double-breasted suit. Not only do I love how well styled the look is, but also the mix of colours – olive, navy, green and sky-blue – all blend so well here. However, it’s the burgundy shoes which get a standing O. It’s not often we see a guy wearing a pair of shoes in colours other than black, tan or brown.