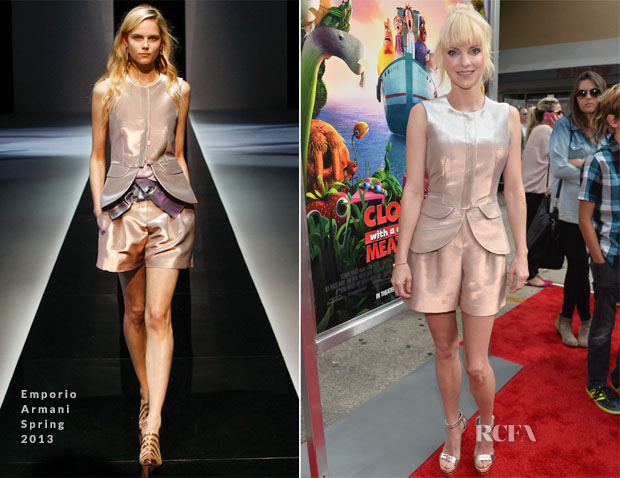 Anna Faris attended the premiere of the animated feature ‘Cloudy With A Chance of Meatballs 2’ held at the Regency Village Theatre in Westwood, California yesterday afternoon.

The blonde actress wore an Emporio Armani Spring 2013 top and short set in a nude hue with an eye catching shimmer.

At first I thought this was too monotone, but in hindsight adding a pop of colour would’ve upset the balance of her effortless look.

Is this too one-note for you?