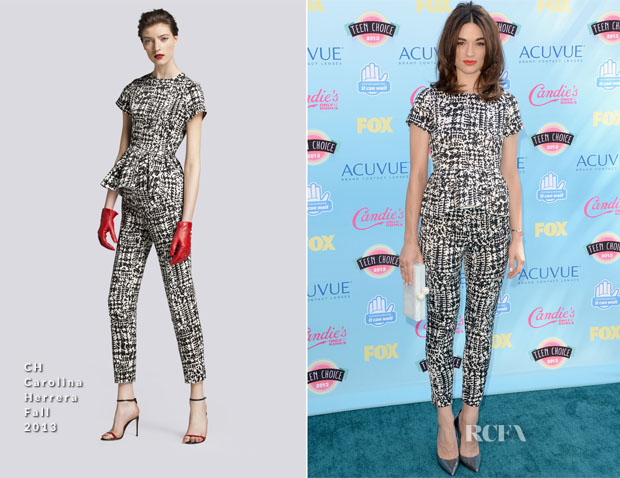 Crystal Reed hit the carpet at the 2013 Teen Choice Awards at the Gibson Amphitheatre in Universal City, California on Sunday evening.

The look is really sleek and sophisticated, but I’m not a fan of the clutch with this look as it looks a bit plasticky and not in tune with the rest of the uptown vibe of the look.

Sporting the orange lip trend from the Young Hollywood Awards, the actress completed her look with a voluminous bouffant. 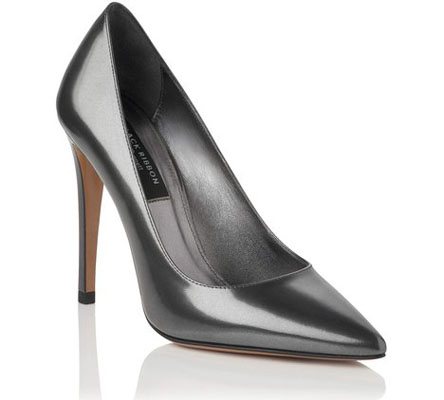