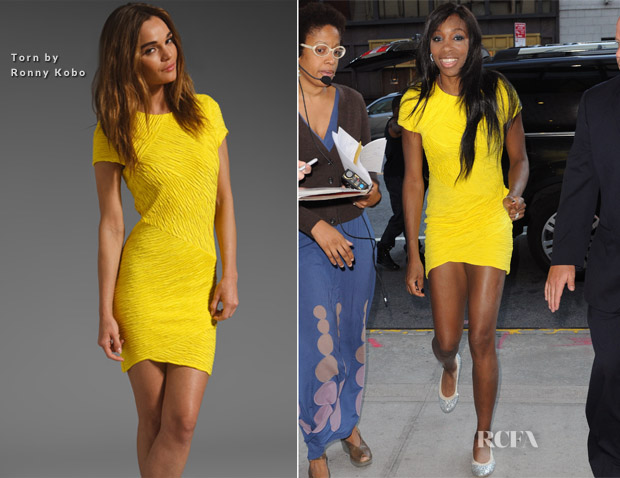 After her Wimbledon win in the women’s doubles final on Saturday, Venus Williams was back stateside yesterday afternoon.

She was spotted heading to CBS Studios in New York City for a guest appearance on ‘This Morning’.

During her interview, Venus said that winning the doubles with her sister Serena was awesome, and watching Serena clean up the singles competition was the icing on the cake.

She added some sparkle to her look by wearing Stuart Weitzman silver glitter flats and silver hooped earrings.

Sleek tresses replaced the braided hairstyle she favoured during Wimbledon.

You can buy Venus’ Torn by Ronny Kobo dress from Revolve Clothing
and her Stuart Weitzman ballerina flats from Bergdorf Goodman.

Posted by Catherine Kallon on July 11, 2012 In: Venus Williams