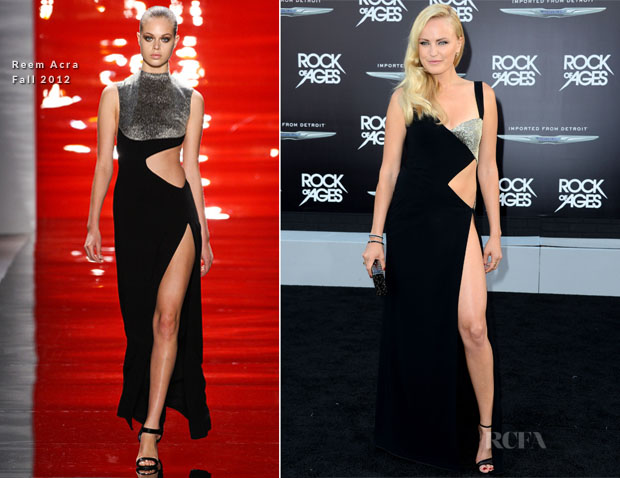 Dressed in a Reem Acra gown inspired by the Fall 2012 collection, the Swedish actress showed off a lot of skin.

Her black gown with cut out details, silver metallic panels and a hip-high split is a very risqué look for Malin.

From the side dress appears to be held together by a single thread. God help her if someone had stepped on her train.

Too revealing or just right for a rock movie premiere?