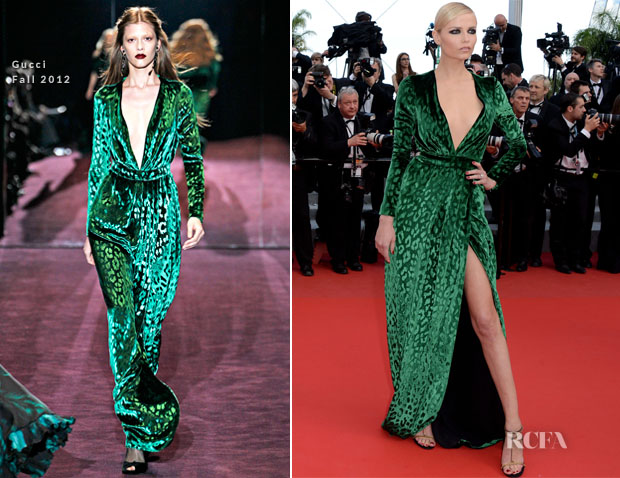 Angelina Jolie, eat your heart out.

Natasha Poly showed the actress how to strike a pose on the red carpet at the ‘Once Upon A Time In America’ – Gucci Film Foundation’ premiere during the 2012 Cannes Film Festival at the Palais des Festivals this evening.

Natasha wore one of my favourite looks from the Gucci Fall 2012 collection.

I had pictured this devore plunging emerald green gown on Florence Welch, of course, but Natasha more than does this look justice.

This isn’t the model’s first time at a film festival. She also shut down the red carpet during Venice Film Festival last year, also wearing Gucci.

With her hair sleeked tightly back into a ponytail, she completed her look with emerald de Grisogono earrings and kohl-rimmed eyes. 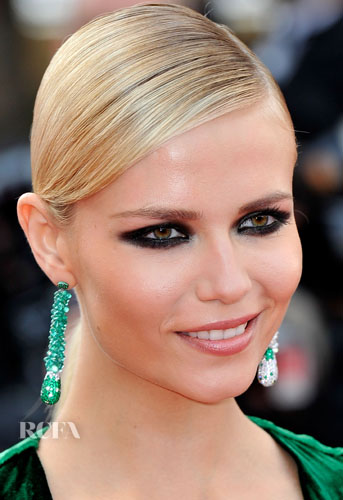 Posted by Catherine Kallon on May 18, 2012 In: Gucci, Premiere, Runway To Red Carpet