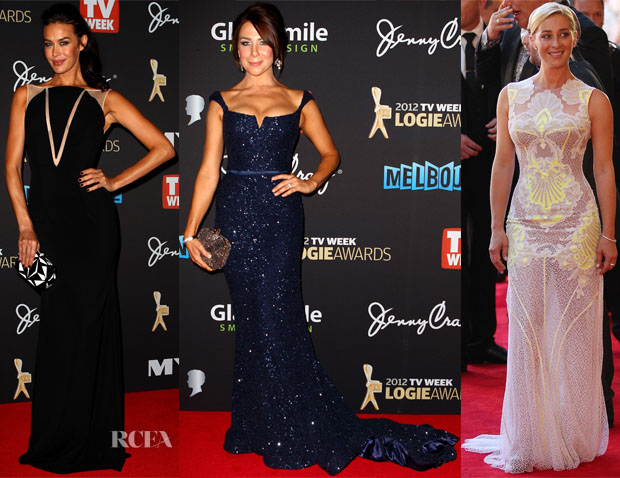 Delta Goodrem was joined by many more stars on the red carpet at the 2012 Logie Awards held at Melbourne’s Crown Palladium to celebrate Australia’s finest talents on television.

Megan Gale: It’s no surprise to see Megan wearing an Alex Perry gown as she’s worn the designer on several occasions. Her sultry black dress with sheer panels including a deep-v cut-out was teamed with a black-and-white Bulgari clutch. Had the clutch been nude and black, this look would’ve been a perfect 10. As presented, it’s a 9.5.

Kate Richie: My, hasn’t Sally Fletcher grown. Those who grew up watching ‘Home & Away’ after school won’t recognise Kate Ritchie. I can’t believe she’s now 33 years old and looking absolutely stunning wearing a Steven Khalil midnight-blue gown. She really brought the glamour to this event with her sequined dress and with an equally bedazzling clutch and jewels. Ladylike sexy chic red-carpet dressing at its best.

Asher Keddie: You can’t have a high-profile event in Australia without a look from the Australian Couture kings from J’Aton Couture. It would be like an Oscars without Elie Saab. This might be the Marmite dress of the group; you’ll either love it or hate it. I love it. It’s tantalizing sheer without being tacky, as it’s worn with much grace and sophistication. The attention to detail on the embroidery is magnificent and Asher let the dress do all the talking by not adding any accessories. 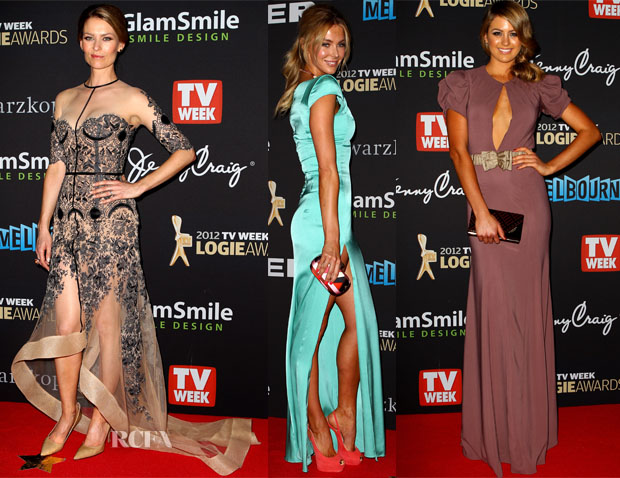 Kat Stewart: The actress also wore a stunning nude J’Aton Couture gown. Once again it is sheer with black floral embroidered details. I love the dress, but the nude pumps are a tad stale for this type of masterpiece.

Jennifer Hawkins: The model spent the most part of her time on the red carpet showing off the daring thigh-high split in her aqua Toni Maticevski gown. I wish the dress looked a lot less flammable because the colour is beautiful on her. Coral slingbacks and a printed Pucci clutch completed her look.

Jesinta Campbell: The model wore a beautiful Burberry Prorsum keyhole dress with a gold bow tie and a Burberry box clutch. As she opted for accessories which perfectly complemented her look, she skipped on the jewels.

Who Was Your Best Dressed At The 2012 Hong Kong Film Awards?