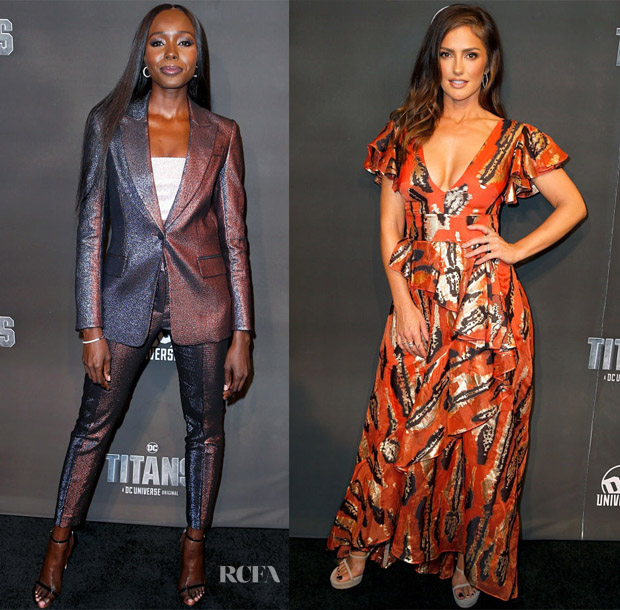 Anna Diop: The actress wore a Veronica Beard dark-pink suit featuring a metallic sheen that lends a bold, contemporary identity to her look, which she paired with a crystal bandeau from Nikita Karisma and Stuart Weitzman’s Nudist. I’m not sure what I’m more mesmerized by. The sheen of her suit, or her glowing skin.

Minka Kelly: I was equally entranced by Minka’s Temperley London saffron-hued dress featuring an oversized animal-print design and feminine ruffles, that taps into the safari feel of the Pre-Fall 2018 collection with the utmost elegance. You may remember that Beyonce Knowles recently wore the shorter version of this dress on vacation. 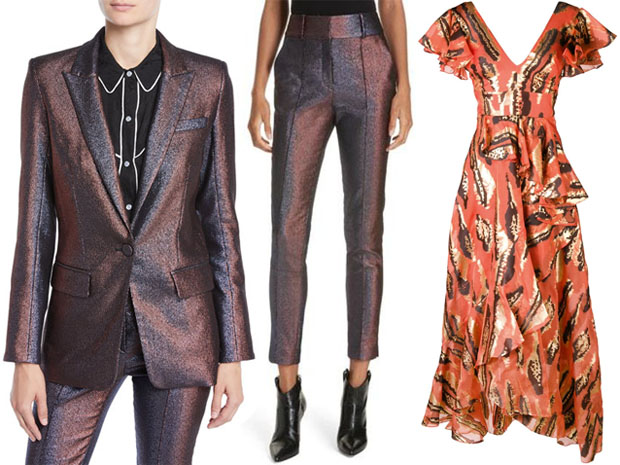