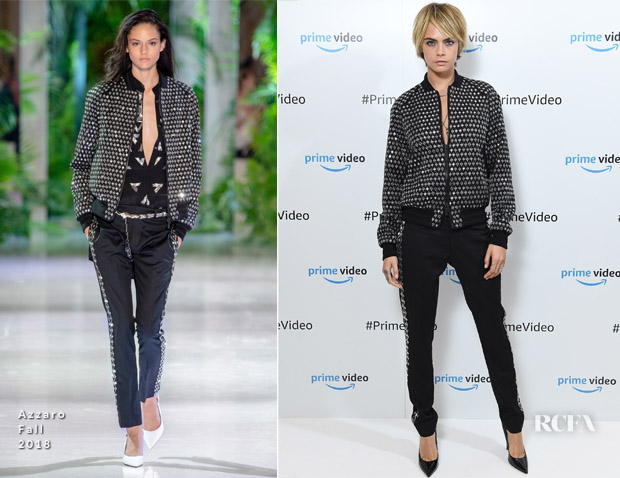 Amazon Studios are putting a lot of time and effort into their original content right now for Prime Video, and one of the most exciting upcoming shows is ‘Carnival Row’, starring Orlando Bloom and Cara Delevingne.

A bejewelled tracksuit sounds like it would look a bit chavy, but in actuality the look exudes hard-edged, sports-luxe decadence with an intricate focus upon detailing.

I know some of you frown upon trackpants with heels, so what do you think about Cara’s Jimmy Choos with this look? 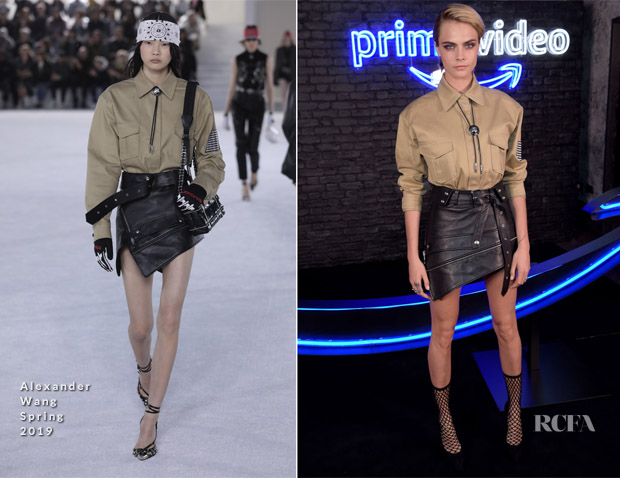 I love how this look fits Cara to a T, making a strong, urban impression while oozing plenty of rock and roll appeal.

I can’t say fish-net socks have ever appealed, but Cara makes a strong case for them here.