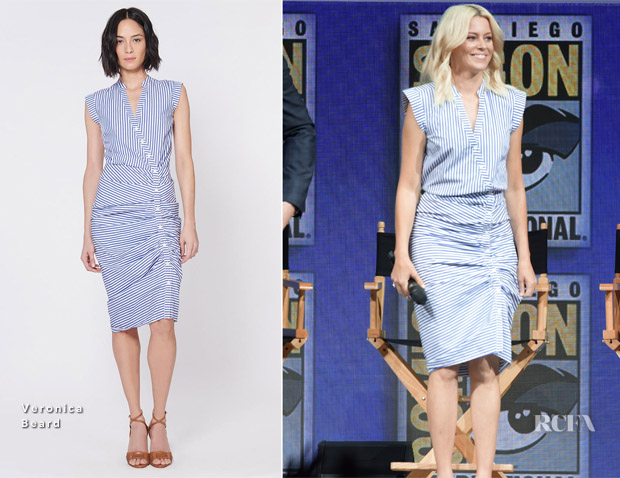 Elizabeth Banks and her platinum blonde hair made a return to centre stage for the ‘The Lego Movie 2: The Second Part’ Panel during Comic-Con on Saturday (July 21) in San Diego, California.

The actress wore a Veronica Beard ruched shirt dress which shifts the silhouette to asymmetry thanks to the placement of the buttons.

I love the French influence that can be felt in the light blue and white stripes, but I don’t get a heritage vibe, as this look feels thoroughly modern along with her styling of silver plexi chunky heels. 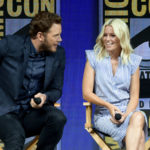