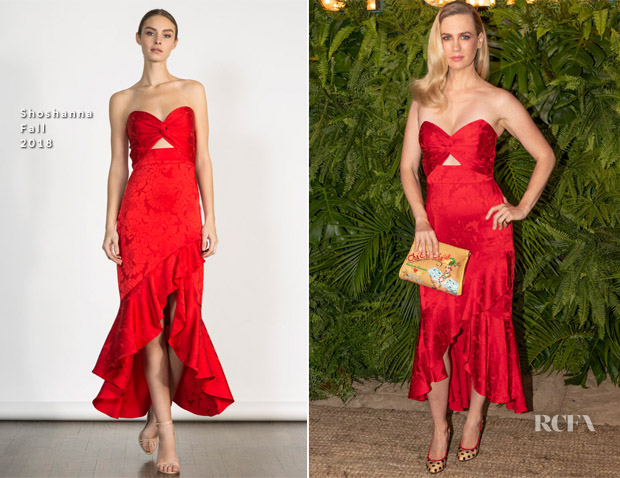 January Jones is one of the celebrities who often takes risks that may not always pay off, but she was in scintillating form at the 2nd Annual Maison St-Germain event hosted at the Little Beach House on Tuesday (July 10) in Malibu, California.

Her Shoshanna ‘Amalia’ dress would have no doubt turned heads due to its smouldering strapless design, and flame red hue, but factor in the extra dose of drama via the keyhole and asymmetrical ruffled skirt and we have a stunning red carpet look. 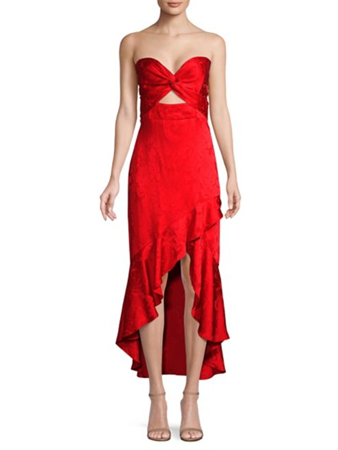