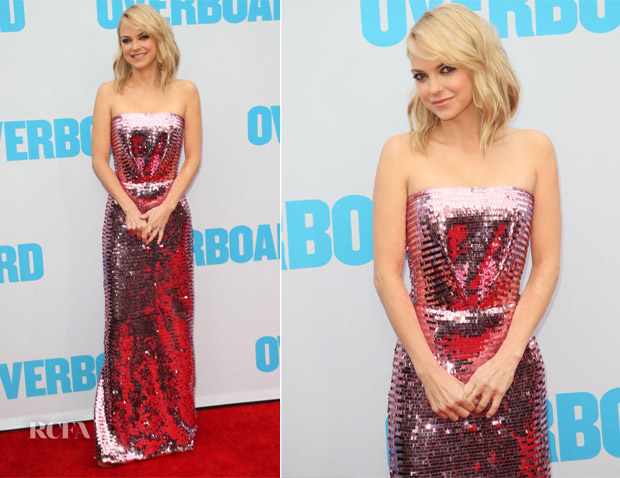 The actress shimmered in a Jeffrey Dodd custom rose-gold dress.

The simple strapless silhouette showed off her figure and allowed the sequined material to command all the attention.

She accessorized with Brian Atwood shoes and soft hair and makeup. It showed a confidence that she didn’t need to add extra details to the look just because.

In a nod to the film’s theme, she cheerfully posed with a captain’s hat in some photos.

Posted by Heather Cichowski on May 1, 2018 In: Anna Faris, Jeffrey Dodd, Premiere