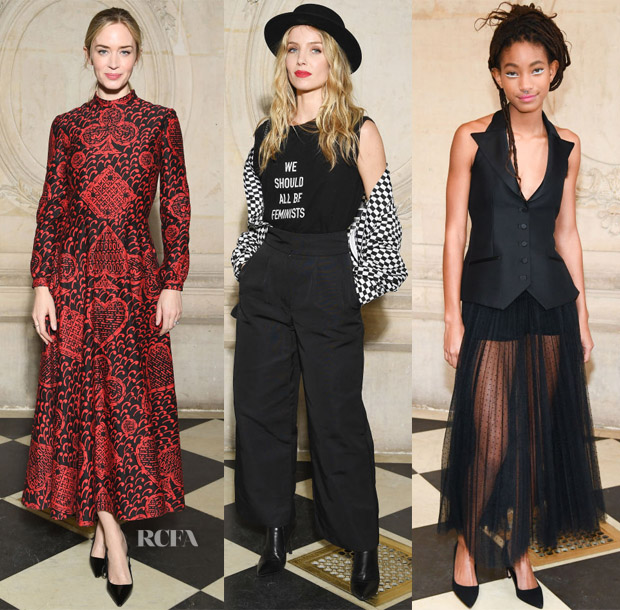 A couple of days after the Dior Homme show, more Dior-clad darlings descended on the Rodin Museum for the fashion house’s runway show, the first big one of Paris haute couture week on Monday (January 22).

Emily Blunt: Sleekly elegant styling was the only way to go for this ornately printed Christian Dior Pre-Fall 2018 frock, and Emily complied.

Annabelle Wallis: Statement shirts continue to be a relevant trend, and Annabelle’s fit the bill. I like how she styled it with the graphic jacket (which coincidentally reflected the show’s checquerboard set), high-waist, cropped trousers, and hat for a slice of Parisian rebel-chic.

Willow Smith: Perhaps taking a cue from the surrealist mood of the show in her white eye makeup, Willow offered a more girly perspective than we would expect from her urban-cool style in this sheer tulle gown juxtaposed with a tuxedo vest. 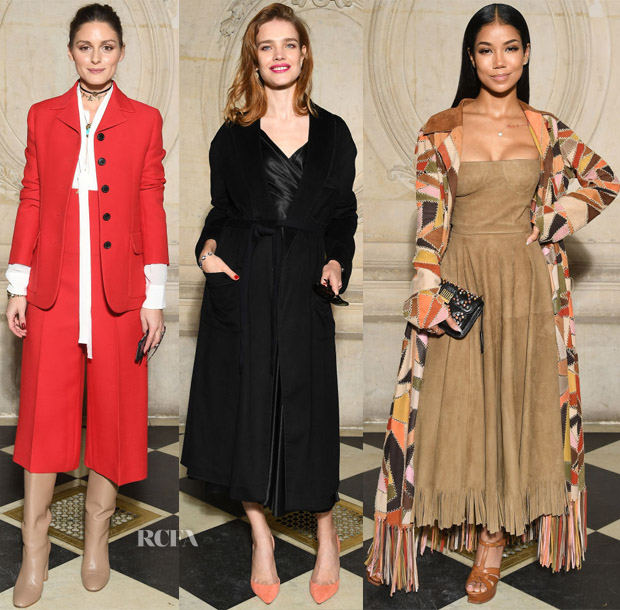 Olivia Palermo: With a major play on proportions—between the long jacket and long blouse sleeves, high-waist and cropped pant, and tall boots—this was a whole new interpretation of high-low styling. It did translate a bit awkwardly, though, as a result.

Natalia Vodianova: I would have much preferred a fun fuchsia heel, to match her lip, with this study in black layers. The light coral pump was lost on me.

Jhene Aiko: The wild west, frontier influence of the Dior Resort 2018 collection was alive and well in this suede, fringe dress and mosaic duster. A Dior ‘Addict’ bag completed the ensemble. 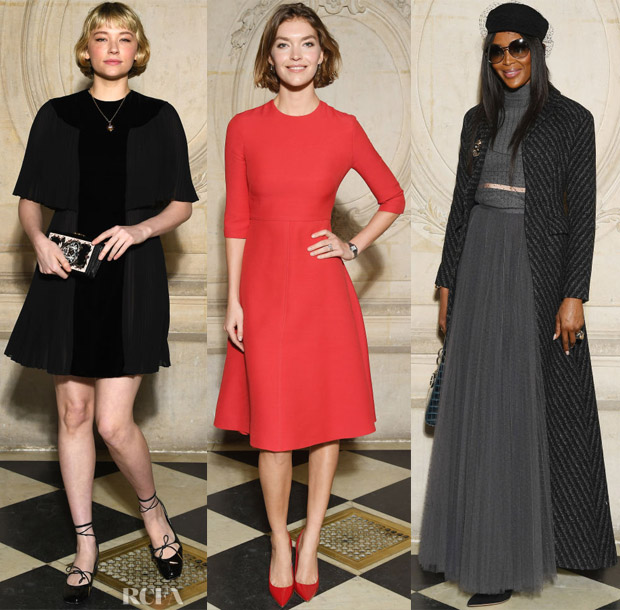 Haley Bennett: Haley was giving me a vintage schoolgirl vibe with this Dior Pre-Fall 2018 frock accessorised with a Dior astrology clutch and Dior ballet flats.

Arizona Muse: Making the case for the glories of a Little Red Dress, Arizona was the epitome of classic and ladylike with this monochromatic look.

Naomi Campbell: I though this Dior Couture gown was rather demure by the supermodel’s standards—that is, until I noticed that the tulle skirt was sheer, but in the best sense of the word. A Lady Dior bag, Dior heels, and a Dior hat provided a stylized finish. 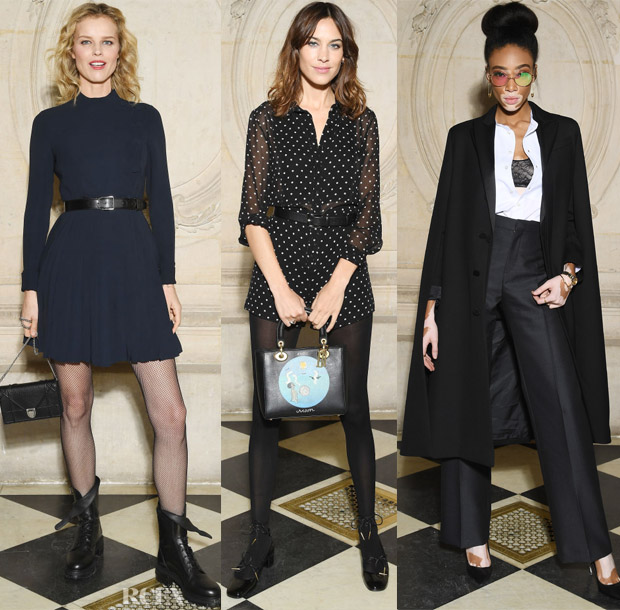 Eva Herzigova: Had you seen this dress and Diorama bag from the leg up, you would have thought it quite prim. The Dior D-Fight boots contributed an unorthodox, rule-breaking edge.

Alexa Chung: Her Dior Spring 2018 polka-dot romper was made ready for winter with tights and Dior shoes. A Lady Dior bag completed the look.

Winnie Harlow: The cape was my favoured element of this look, and what really saved the more ubiquitous outfit underneath it.

Bella Hadid In Ralph Lauren – Out In Paris