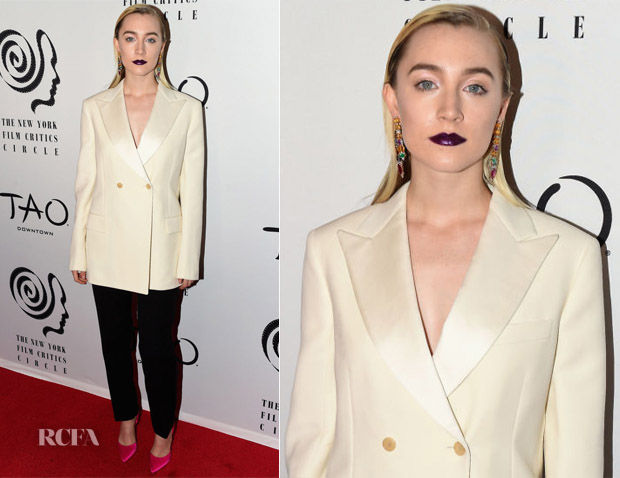 The cut may veer more towards mannish proportions, but the look – which she styles with Christian Louboutin ‘Douce Du Desert’ pumps, and colourful David Webb jewelry – exudes modern elegance.

Some might be put off with the Gothic-style makeup, but she makes it work.