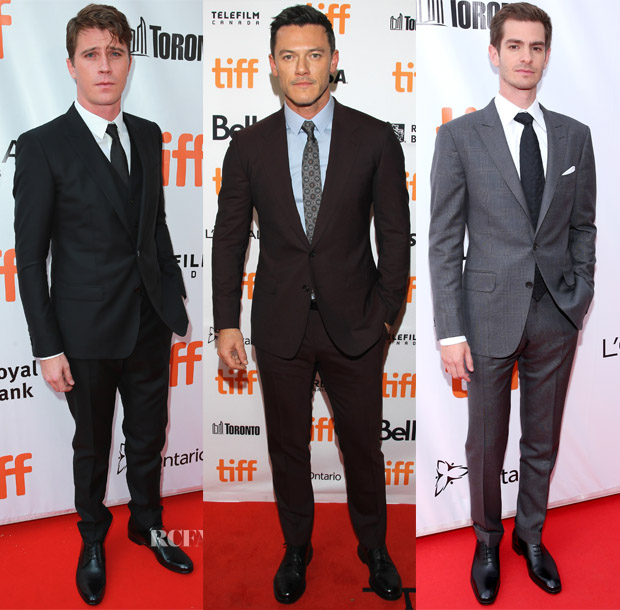 Here’s midweek roundup of the men who have been spotted on the red-carpet circuit at the 2017 Toronto Film Festival and beyond.

Garrett Hedlund: There’s no denying that Garrett did look like quite the charmer at the ‘Mudbound’ TIFF premiere on Tuesday (September 12), despite the stuffier nature of his three-piece Dolce & Gabbana suit that could have used some proper tailoring through the pants, as well.

Luke Evans: I much preferred Luke’s Dolce & Gabbana ensemble at the ‘Professor Marston & The Wonder Woman’ TIFF premiere on Tuesday, as the aubergine colour of the suit mixed with the sky-blue shirt and paisley printed tie was such a handsome combo.

Andrew Garfield: The ‘Breathe’ TIFF premiere on Monday (September 11) had the actor dressing up in a charcoal Tom Ford suit styled with a wide, textural tie for added impact—and a less expected play on proportions, when a skinnier tie might have been anticipated with the slim-line jacket and pants. 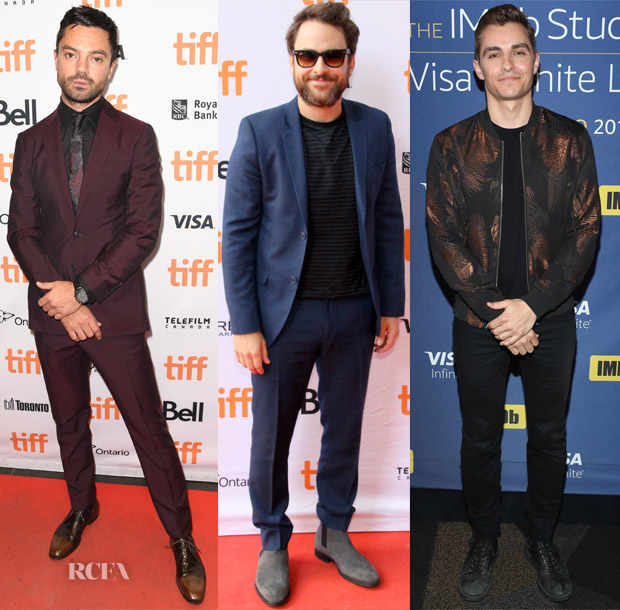 Dominic Cooper: Also going for an aubergine palette, Dominic joined Gemma Arterton at ‘The Escape’ TIFF premiere on Tuesday. His Burberry suit was envisioned with a darker personality, though, in the black dress shirt and patterned tie.

Charlie Day: Showcasing an accessible take on style, Charlie wore a Topman outfit at the ‘I Love You Daddy’ TIFF premiere on Saturday (September 9). The relaxed-casual suiting was completed by his striped shirt and gray Chelsea boots.

Dave Franco: While at the IMDb Studio at the Toronto Film Festival, Dave cut a cool profile in The Kooples. I love the metallic motif of her jacket, as it did not appear too try-hard with the effortless edge of the rest of his look. 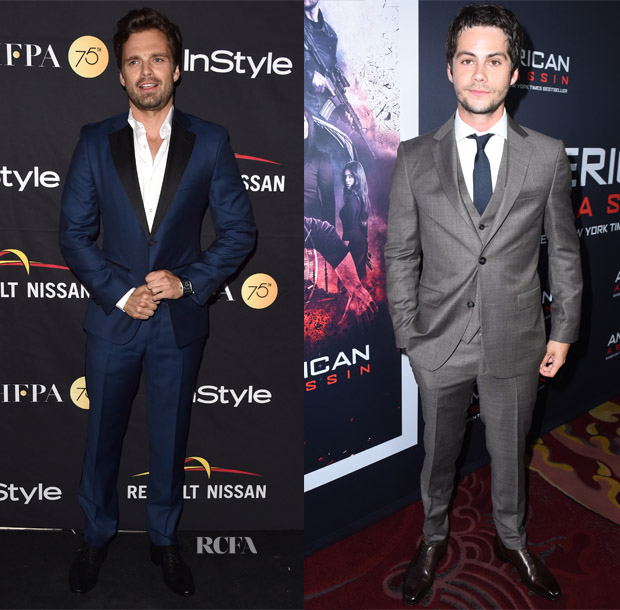 Sebastian Stan: The actor balanced the formal nature of his blue, contrast-lapel tuxedo with the undone edge of the unbuttoned white shirt underneath while at the HFPA & InStyle Annual Celebration on Saturday (September 9).

Dylan O’Brien: Dylan wasn’t at the Toronto Film Festival on Tuesday (September 12), but he was at the Hollywood screening of ‘American Assassin.’ The three-piece Ermenegildo Zegna suit gave me a little pause, though, as the fit of the vest and jacket could have been better all around.