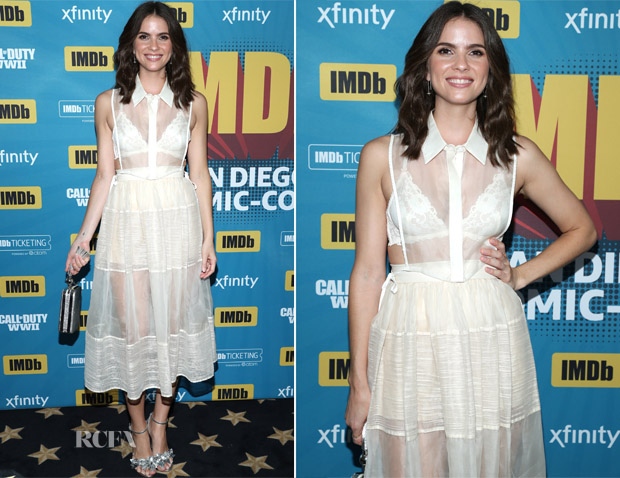 Bringing the boudoir to the star-crossed carpet at San Diedo Comic-Con 2017, Shelley Hennig was seen promoting ‘Teen Wolf’ at #IMDboat on Thursday (July 20).

The sheer trend marched on in her Vivian Chan top and skorts from the Fall 2017 collection, which had something of an old-fashioned petticoat vibe.

Between the bra-forward styling and the beige colouring—not to mention the transparency—I couldn’t really get on board with the look.

All I could see was a glorified slip. What about you?