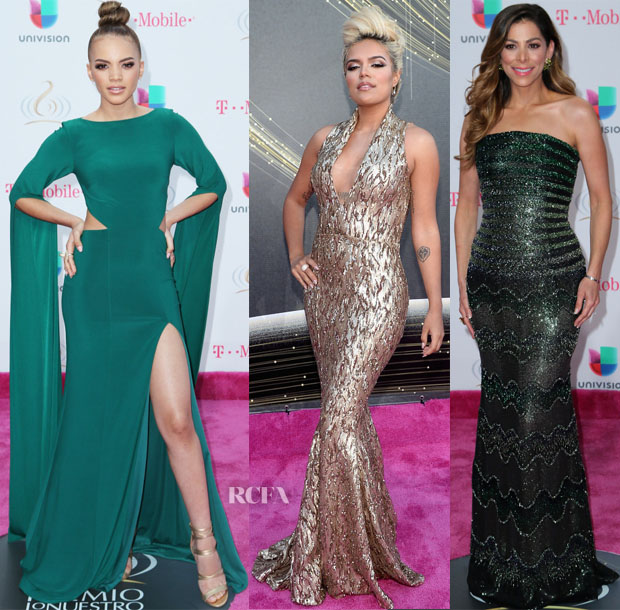 Glitz and glam was the sartorial trend of Univision’s 29th Edition of Premio Lo Nuestro A La Musica Latina were held on Thursday (February 23) in Miami, Florida, where a number of stars turned up the volume with their looks.

Leslie Grace: The singer’s jade-green gown outfitted both her sleeves with their own respective capes for a twist on the traditional cape presentation. Side cutouts and a thigh slit contributed another element of allure with a sculptural top-knot finishing the look.

Karol G: Oozing golden seduction, the singer perfected the hourglass in this high-shine, metallic moment, made all the more dynamic with her platinum play on a pompadour ’do.

Lourdes Stephen: Also turning up the glitz with an hourglass effect, she donned a shimmering Stephen Yearick gown. Given the lustre of the gown, I’m glad she kept her Gaskell Jewelry to a careful minimum with her earrings appropriately enhancing the look rather than overtaking it. 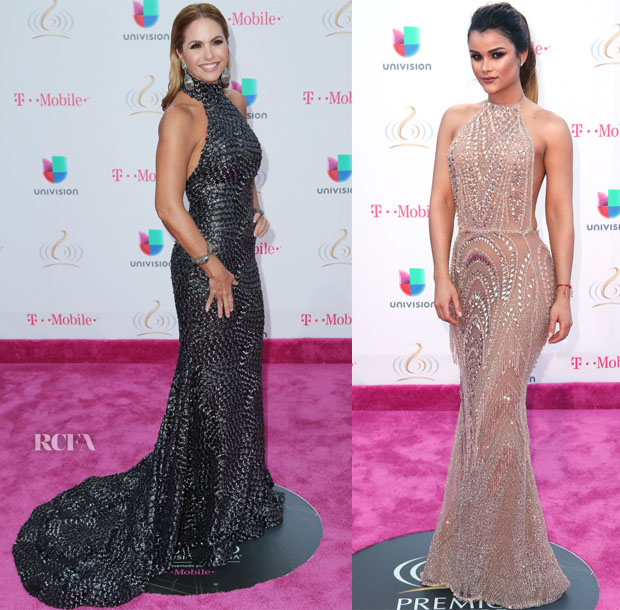 Lucero: Before changing into a number of on-stage looks, the Mexican singer was on the pink carpet in a Wilfredo Gerardo halter gown with an interesting textural effect that would have been better amplified without the pewter earrings and with slightly less fabric at the bottom—the dress was a bit long for her.

Clarissa Molina: The Dominican model and beauty queen struck a pose in a crystallized Giannina Azar backless gown. Yes, it was a nude, sheer-effect dress, but this blush-tinged one had a dreamy tone mixed with the seduction and she presented it with nothing short of sophistication. 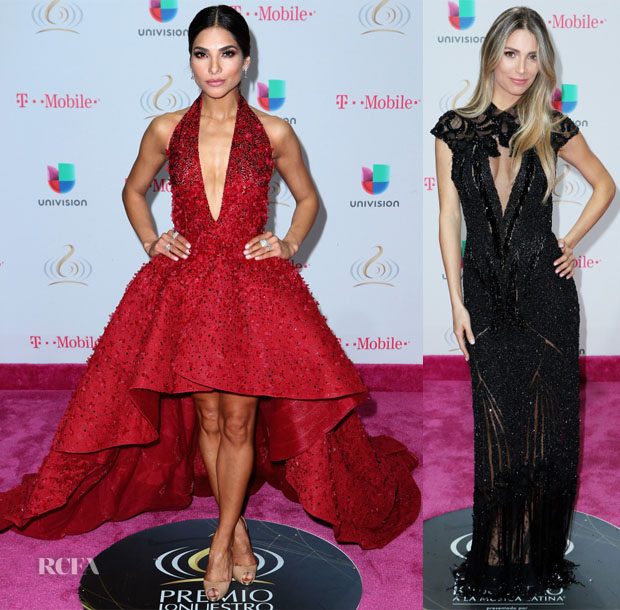 Alejandra Espinoza: The drama of a mullet gown was not lost on this Mexican TV host with her beautiful Michael Five high-low dress that hit all the high notes: sculptural glamour, perfect plunge, eye-catching embellishment, and a sweeping train. The platform peep-toes I didn’t love, but they’re nude so they nearly disappear.

Alessandra Villegas: I really had no problem with this sparkling black Giannina Azar gown until I saw it from the side with the visible shapewear panties making a loud and proud debut. At least the front wasn’t see-through as well. 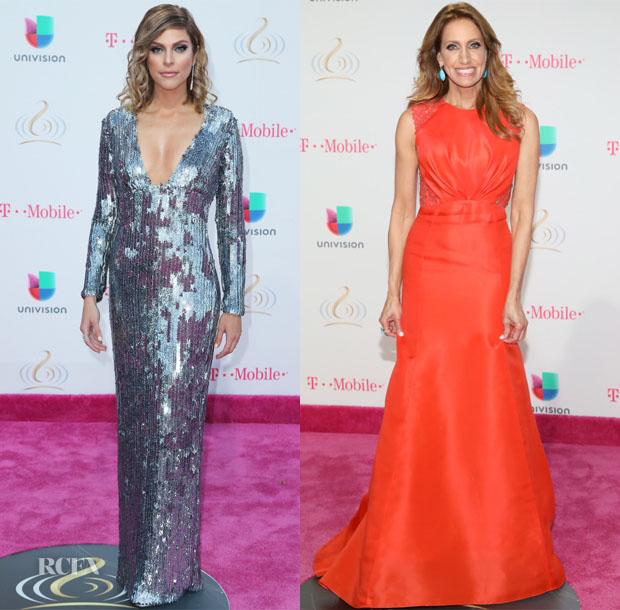 Daniela di Giacomo: A trend of the night was certainly all about the sequins and shine, and this Venezuelan TV host followed suit in a high-octane Wilfredo Gerardo gown that was clearly inspired by a disco ball.

Lili Estefan: The combination of this bold, fiery orange hue with the aquamarine jewels should have been striking, but something about the satiny fabric of this Angel Sanchez gown and the fit at the gathered waist compromised the power of its colour palette. 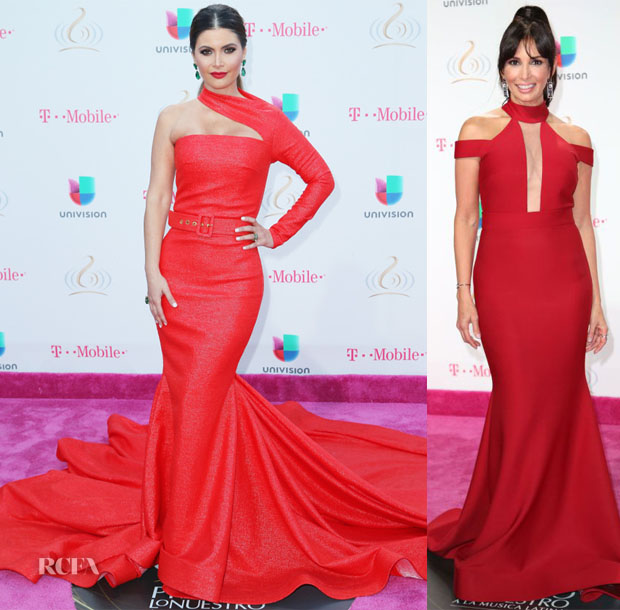 Chiquinquirá Delgado: Putting all other trains to shame, this Venezuelan TV host, model, and actress was in a Kriado gown that fanned out beneath her like a shimmering red sea. Yet, even so, my eye still kept going to the distracting one-sleeve sling.

Giselle Blondet: Also donning a red Kriado gown, the Puerto Rican actress and TV host wore the gown well. But it couldn’t take away the visible illusion paneling down the bodice.