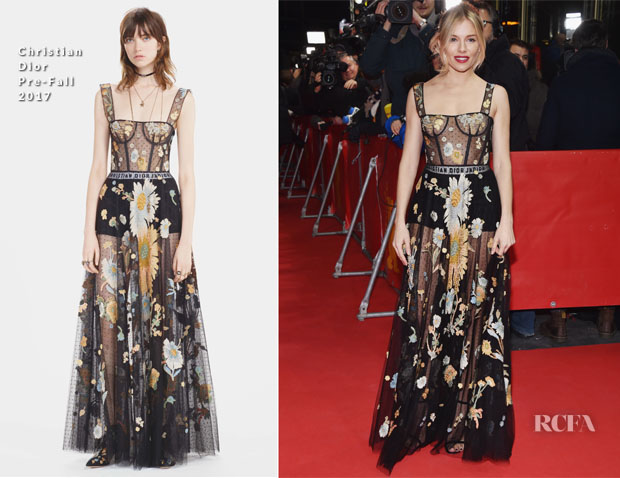 Following the photocall earlier in the day, Sienna Miller was back on the red carpet for ‘The Lost City of Z’ premiere during the 2017 Berlinale International Film Festival in Berlin, Germany.

I knew a Dior unlined sheer dress/knitted block typography underwear moment was imminent, but I wasn’t prepared to like it.

This mostly due to the airy lightness, the free-flowing silhouette, the boldness not to line the look and the bohemian-infused mood which always suits Sienna so well. She totally sold this look to me.

Which camp are you situated in? Love or loathe?