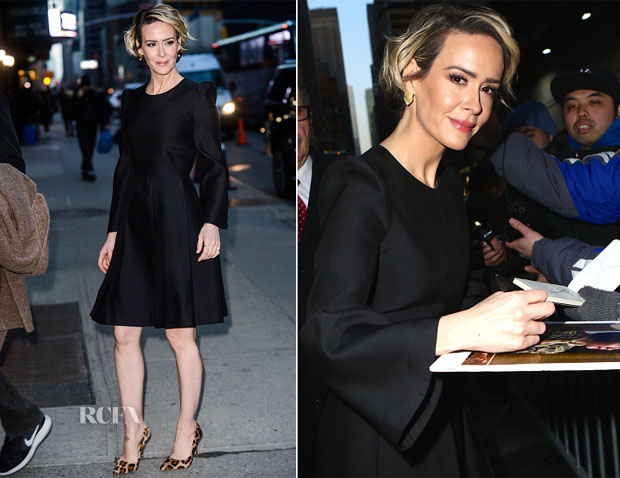 Proving that a simple LBD can be statement-making, the ‘American Crime Story’ actress wore a Co Fall 2016 design.

The dress was elevated by virtue of its feminine fit that cinched at the waist with a full sleeve and pleated skirt.

But it was Sarah’s styling that kept the conservative look from being too lacklustre with her leopard-print pumps and edgy, side-parted bob.

But hers wasn’t the only ’do worthy of attention that night. She also admitted to the late-night host that she still hasn’t parted with her ‘American Crime Story’ character’s curly wig, which also made a cameo on the show. 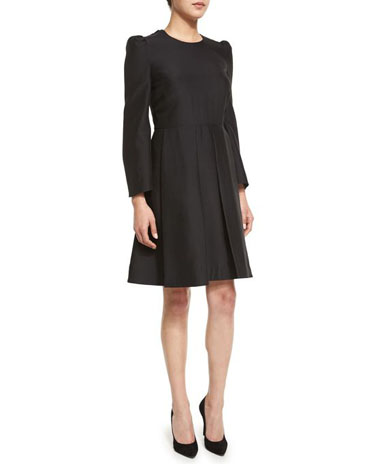