Kim Kardashian and Kendall Jenner were seen on set filming their big-screen cameo in ‘Ocean’s Eight,’ where it’s rumoured that they will be part of a sequence set at the Met Gala.

If there’s any time for haute couture, it’s at the Met, so it’s only to be expected that both sisters were dressed in the highest of fashions while echoing their individual style.

Wearing gowns that we could easily see them in, in real life, Kim debuted a Givenchy Couture ensemble while Kendall strutted out an Elie Saab Couture gown.

Kim has never met a sheer dress she hasn’t liked (or worn), so this embroidered bodysuit-gown fusion was nothing new. It was topped off with a glossy, feathery fur coat that made it slightly more interesting.

Although Kendall’s gown was nearly just as sheer, the shimmery silver confection resonated as far more enchantingly fresh than Kim’s. My eye constantly gravitated to the lacy embroidered magic of her look. 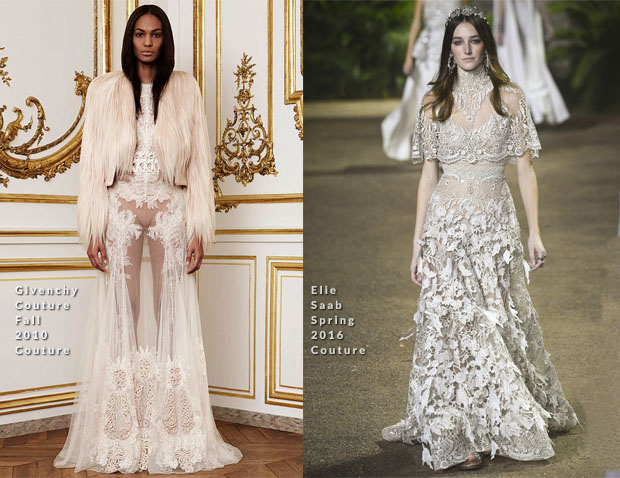