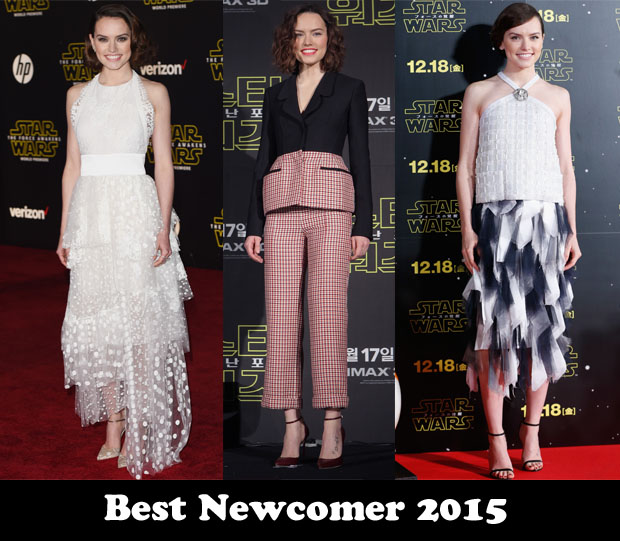 You don’t have to be a Jedi super-fan to appreciate the charm of Daisy Ridley, who appears in the highly anticipated ‘Star Wars: The Force Awakens.’

New to the scene, the British starlet has immediately channeled the force of fashion with an impressive lineup of looks for the film’s promo tour. She’s already snagged Best Dressed of the Week for the light-as-air whimsicality of her Chloe sheer white polka-dot dress.

And, although she’s a newcomer, she’s none to shy to step out in a variety of styles, moving deftly from ethereal confections to a Christian Dior checquered pant suit and a vintage-inspired, girly Chanel frock.

Staking her red-carpet claim with fun, youthful sophistication, she’s a force to be reckoned with.

Posted by Rachel Watkins on December 23, 2015 In: Best Of, Daisy Ridley