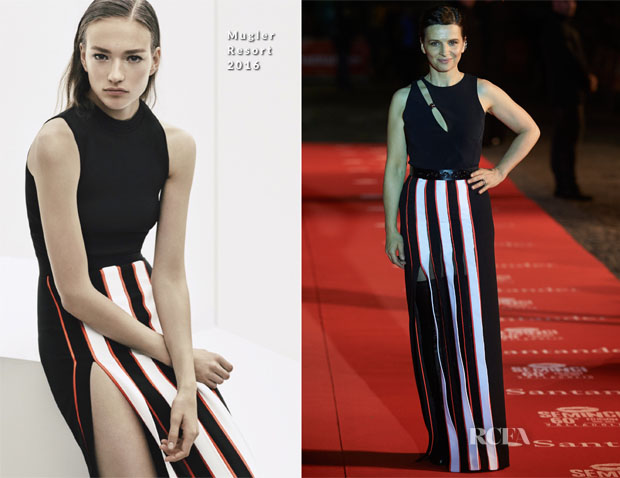 The French actress is never shy of taking a risk occasionally, and I would say this one paid off.
Some might deem this Mugler Resort 2016 slit look styled with over-the-knee boots and a studded belt age-inappropriate for the 51-year-old, but I think she rocked the hell out of the look.

If only women half her age could wear such a outfit with such elegance and grace.