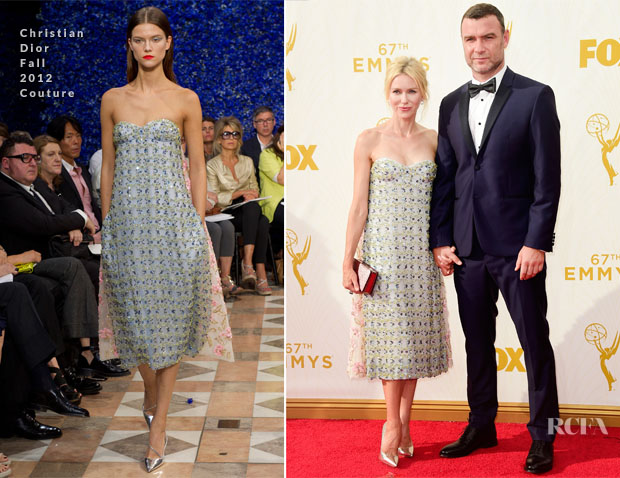 Naomi Watts also was on the red carpet of the 2015 Emmy Awards on Sunday (September 20) at the Microsoft Theatre in Los Angeles, California.

Intricately adorned with beaded detail in the front and contrasting floral embroidery at the back, the dress was subtle yet beautifully designed.

A loosely pulled-back hairstyle and barely there makeup completed the carefree look that, while lovely, will likely not be all that memorable.