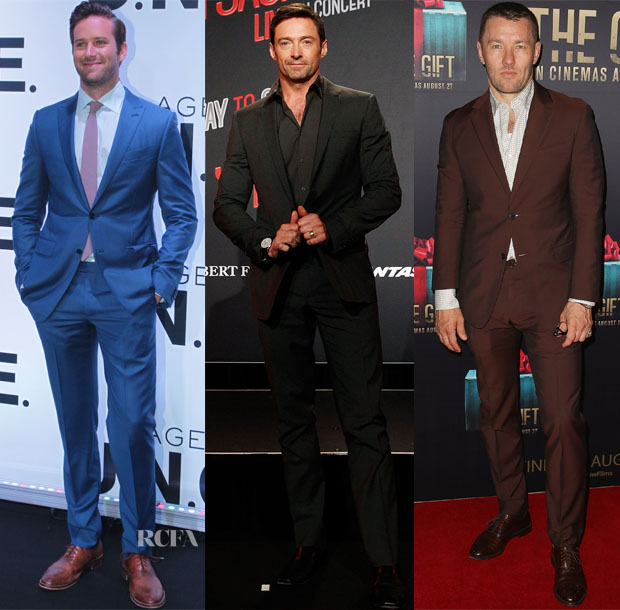 There were plenty of fellas taking to the red carpet this week, spanning the globe from Brazil, London to Australia.

Armie Hammer: The handsome actor attended the premiere of his latest movie, ‘Man from U.N.C.L.E’ at the Cine Odeon in Rio de Janeiro, Brazil on Monday (August 24). Showcasing his sartorial style once again, the actor wore a blue Ermenegildo Zegna Made-to-Measure peak lapel suit which he of course styled with tan shoes.

Hugh Jackman: The Australian actor opted to tap into contemporary suiting with this all black look from fashion powerhouse Dolce & Gabbana. The look was worn while attending the press conference to announced the ‘Broadway to Oz’ press conference in Sydney, Australia on Monday (August 24).

Joel Edgerton: The actor joined his co-star Crystal Reed on the red carpet for ‘The Gift’ Sydney premiere on Monday (August 24) in Sydney, Australia. Like Crystal, the actor also opted for a rich maroon hue wearing a suit from Salvatore Ferragamo. While the vibe is semi-formal, he presents a sleek appearance. 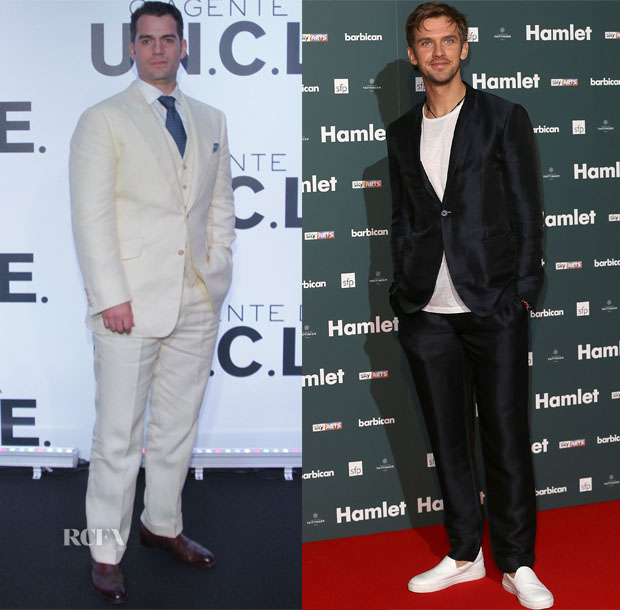 Henry Cavill: The actor joined Armie for the ‘Man from U.N.C.L.E’ Rio premiere opting for yet another bespoke dunhill three-piece suit. While the white cotton suit was perfect for the warm season, I’m not so sure it was doing him any favours.

Dan Stevens: The actor went for a semi-casual look while attended the press night of ‘Hamlet’ in London on Tuesday (August 25). While the outfit is really cool, I can’t get on board with the scruffy grooming.

Alessandra Ambrosio In Étoile Isabel Marant – Out In Santa Monica