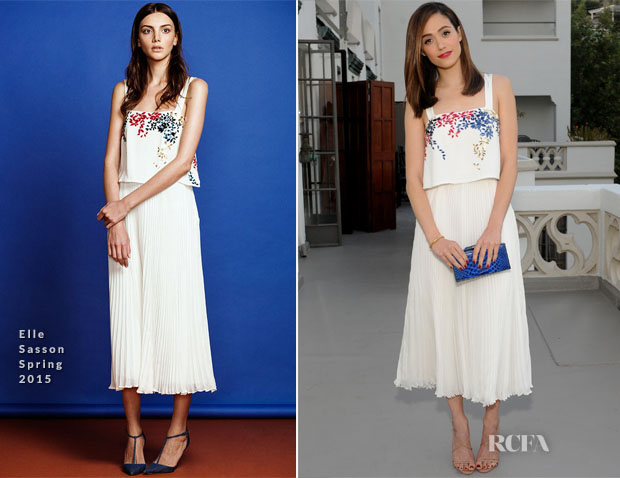 Emmy Rossum attended a dinner to celebrate Glamour’s June Success Issue at the Chateau Marmont on Friday (May 29) in Los Angeles, California.

You won’t be surprised to learn that I swooned upon sight of the ‘Shameless’ actress. Not only because her summery Elle Sasson ‘Luana’ embellished dress is so beautiful and fluid, but also for the way she styled the look.

I love the way her Amanda Wakeley ‘The Beatty’ sapphire python box clutch enhances the embellishments and that her sandals don’t upstage the dress. I would’ve tempted to add red sandals here, but instead Emmy opted for a red lip.

Do you agree this is head-to-toe perfection?

You may remember that Katharine McPhee wore the same dress to the Giuseppe Zanotti Beverly Hills Store Opening back in April. 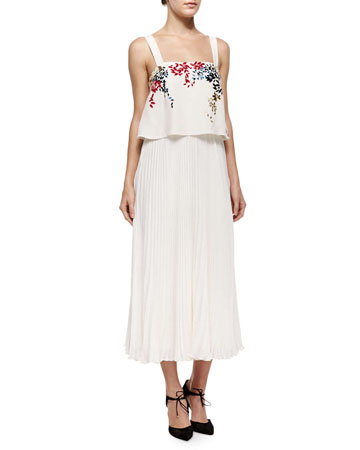 Emmy Rossum Was Pretty In Pink For Apple...

Emmy Rossum Is Perfect In Purple For Ama...

Emmy Rossum Reminds Us Why We Love Her S...

Posted by Catherine Kallon on June 1, 2015 In: Emmy Rossum, Runway To Red Carpet