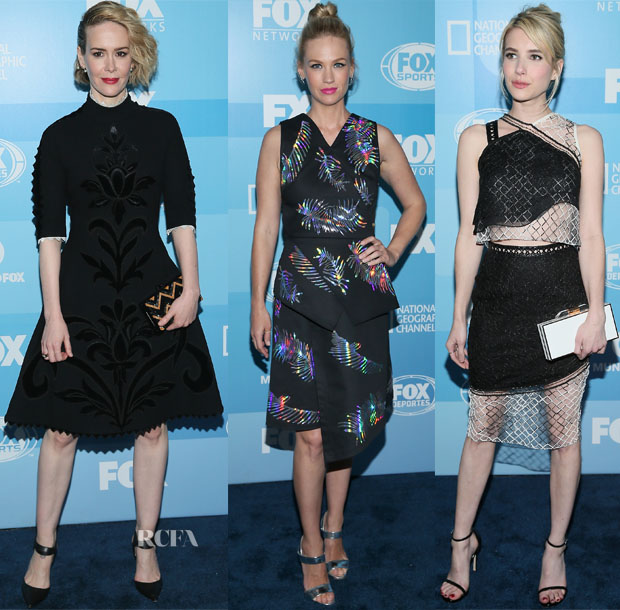 Sarah Paulson: The ornamental floral embroidery and decorative scalloped neck and hem detailing on her Yanina Couture frock providing an interesting boost to the LBD. While I question the rather sombre nature, the flirty flared silhouette helped alleviate the mood and I did appreciate the pop of the geometric clutch and ruby lip. The one-sided hair was totally lost on me, though.

January Jones: I barely recognized the actress in this Tanya Taylor Fall 2015 black peplum dress with a shiny holographic print. Not satisfied to keep her flashy ways to her frock, she painted on a hot-pink lip, tied her blonde locks into a messy topknot, and wore a pair of silver metallic shoes.

Emma Roberts: Also donning a black-themed ensemble, Emma took hers in an edgier, directional spirit with a Jonathan Simkhai netted top and skirt paired with an Amanda Wakeley clutch. The sleek updo and rose-tinged makeup added a chic finish to the tougher asymmetrical look.