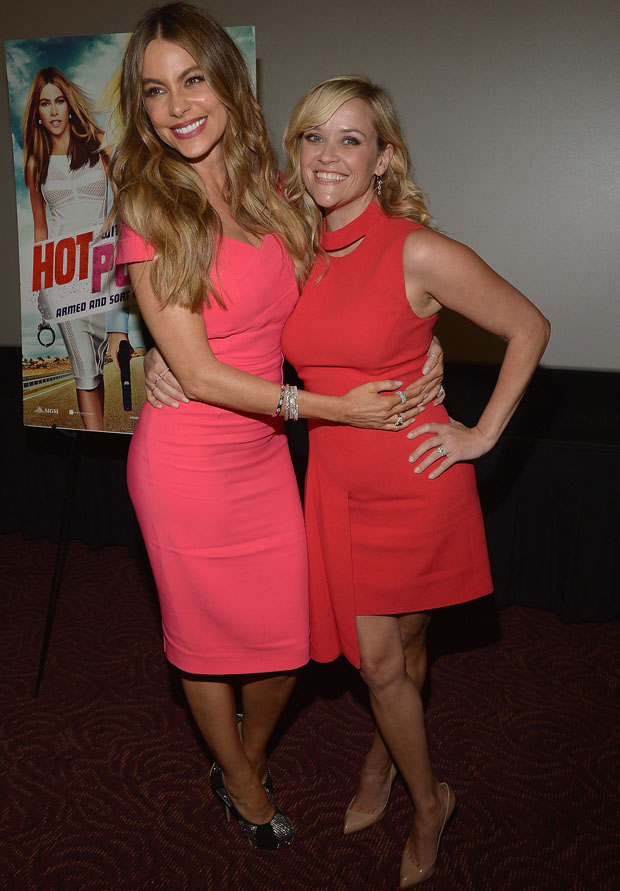 It wasn’t only Blake Lively who was serving up multiple wardrobe changes all in the name of movie promotion — Sofia Vergara and Reese Witherspoon did too this week, for their summer movie ‘Hot Pursuits’.

Miami Screening: On Monday (April 20) at the AMC Sunset Place in Miami, Florida, Sofia side-stepped her usual sleek, straight tresses for wavy locks, while wearing a curve defining Roland Mouret hot-pink fitted frock. Damn shame about those heavy black pumps which have no business being near this dress. Reese totally nailed her look however, opting for a fiery Versace Fall 2015 frock which was balanced with nude pointy pumps. 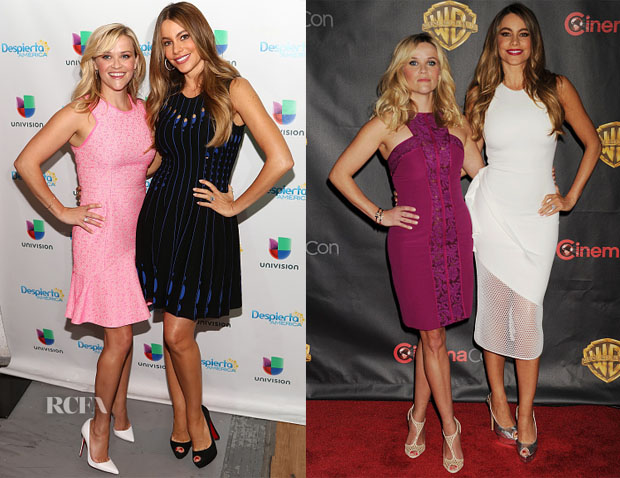 ‘Despierta America’: For the guest appearance on the hit TV show ‘Despierta America’ the following day, Reese continued to shine wearing a pink Shoshanna Eden dress which I love for its textured jacquard fabrication, fitted silhouette, bright hue and fanciful flounced skirt. Sofia’s RVN Pre-Fall 2015 dress may not have the summery vibe, but possesses plenty of flirty appeal.

2015 CinemaCon – Warner Bros. Presents The Big Picture: The colour and style of Reese’s dress deserves credit, along with her Christian Louboutin ‘Tiny’ sandals, however, I was stunned by Sofia’s final look. This Cushine et Ochs Fall 2015 dress might just be my favourite look from her so far this year. From the architectural gathered fold to a knee length mesh pencil skirt underlay, this is so very refreshing from the norm.