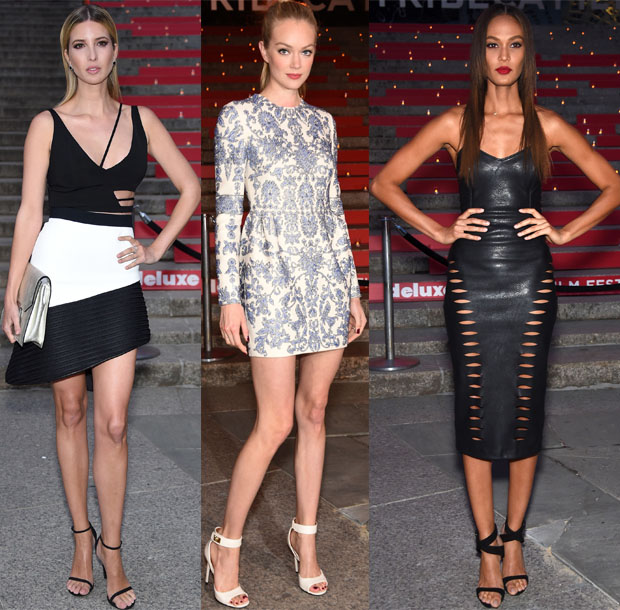 A crush of lovelies attended the 2015 Tribeca Film Festival’s ‘Vanity Fair’ party at the State Supreme Courthouse in New York City on Tuesday (April 14). Here, a roundup of their looks.

Ivanka Trump: Adding a sexy spin to her sophisticated style, Ivanka wore a David Koma Spring 2015 asymmetrical frock with side cutouts. Despite the statement dress, I cannot direct my gaze away from that massive silver clutch, which was much too big for this otherwise sleek, sultry look.

Lindsay Ellingson: The model gave this Valentino Fall 2013 dress with china-blue embroidery its fourth appearance, as it has previously been worn by Lea Seydoux, Charlotte Ronson, and Angelababy. Yet she wears it so well, I still cannot help but be charmed by her effortless interpretation of the precious-chic dress, styled with matching off-white pumps, a ponytail and red lip. 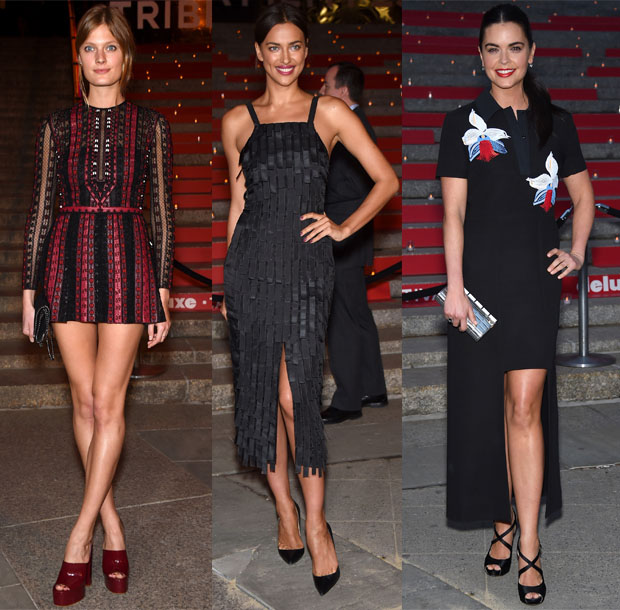 Constance Jablonski: Opting for a sweeter approach, Constance wore an embellished, embroidered baby-doll Valentino Spring 2014 frock with her signature au naturel beauty look. At first I was not a fan of the clunky burgundy platform shoes for this leggy dress. But, after a second look, I find myself warming to their quirky appeal—and they are far more interesting than the standard black pumps.

Katie Lee: I wish the the author and chef’s Fendi maxi-dress had more figure-defining structure, but the vibrant orchid embroidery and front slit detail made up for it.