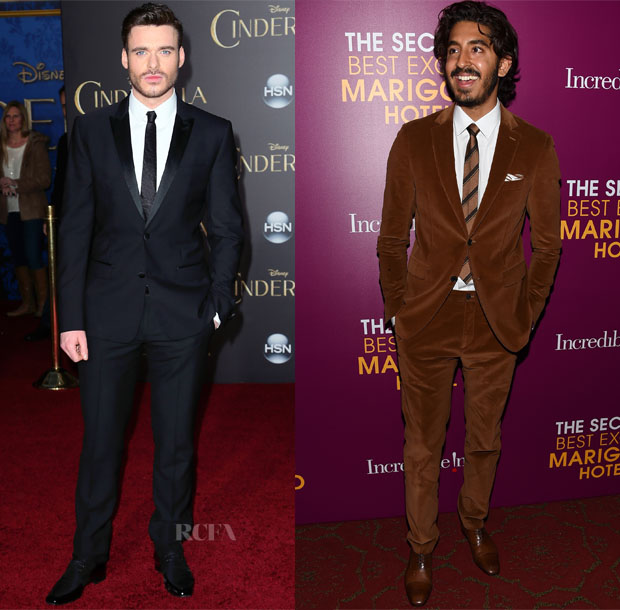 Here is a quick roundup of some of the men who have taken to the red carpet on this very quiet week.

Richard Madden: The ‘Game of Thrones’ actor, who is Prince Charming to Lily James’ Cinderella, joined his co-star on the red carpet for the LA premiere on Sunday (March 1). He wore Dolce & Gabbana with fine details that make this tuxedo suit the flawless epitome of black-tie elegance, but it’s the blue eyes that really draw you in.

Dev Patel: The British actor attended ‘The Second Best Exotic Marigold Hotel’ premiere held at the Ziegfeld Theater on Tuesday (March 3) in New York City. I love Dev for never opting for the classic, expected look. Like David Oyelowo, Dev is not afraid of colour or experimenting with different fabrications. On this occasion he wore a Salvatore Ferragamo tan corduroy notched-lapel suit, which on paper doesn’t appeal but in real life exemplifies the essence of sartorial dressing. This look did make me chuckle as it reminded me of the ‘Sex And The City’ episode where Steve asks Miranda, “What’s wrong with corduroy?” to which she replies, “I don’t have enough time to tell you what’s wrong with corduroy.” Dev proves that statement wrong.

Richard Madden in Dolce & Gabbana and Cate Blanchett in Celine