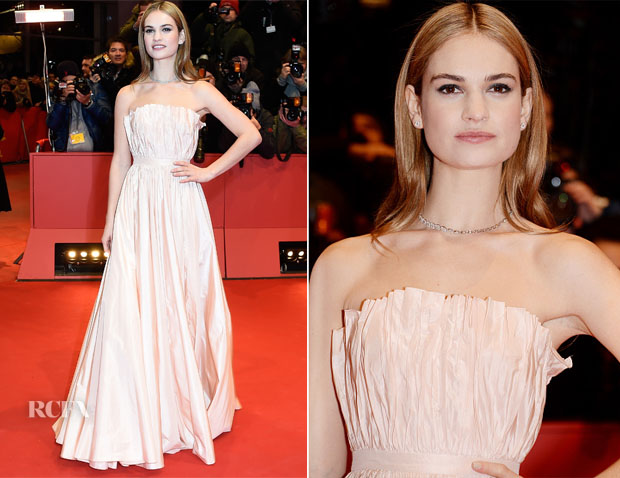 Lily James swept onto the red carpet of the ‘Cinderalla’ premiere at Berlinale Palace during the 65th Berlinale International Film Festival on Friday (February 13) in Berlin, Germany.

Having her own enchanted moment, the starlet wore a subtly shimmering, ballet-pink silk gown with pleated detailing and a tonal waistband for shaping.

The beauty of the look was in its minimalist simplicity, in which dainty De Beers jewels provided a graceful touch of sparkle alongside her sleek, centre-parted strands.

Of course, the Jimmy Choo ‘Cinderella’ shoes, commissioned especially for the occasion, were another jewel piece having been encrusted with hundreds of crystals.

Here, Lily is the epitome of a modern princess. 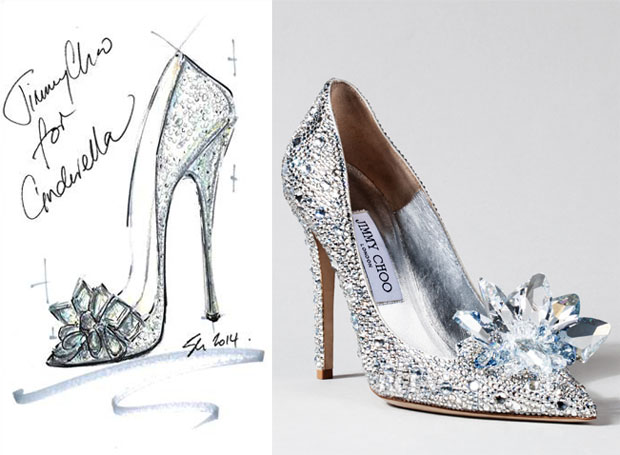 Cate Blanchett in Givenchy and Lily James in Dior