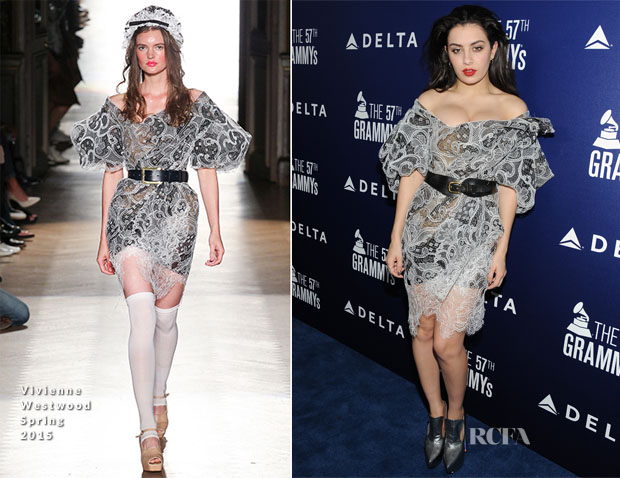 The singer wore a Vivienne Westwood Spring 2015 black and white floral lace off-the-shoulder dress, which many will deem a refreshing take on the designer’s signature style.

Modern and sexy with a snappy bite, her dress was styled with platform Westwood shoes, which work for Charli’s sense of style but are not footwear I would favour or pair with this same dress.