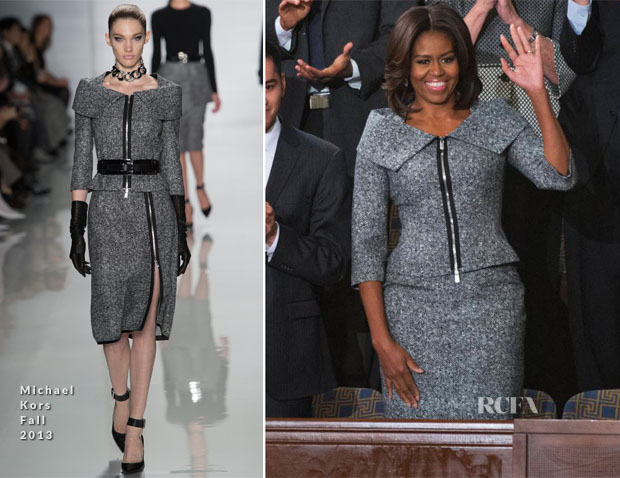 Michelle Obama was in attendance for the 2015 State of the Union address at the United States Capitol in Washington, D.C. on Tuesday (January 20).

For the notable evening, she dressed in an impeccably fit, black-and-white tweed suit ensemble from the Michael Kors Fall 2013 collection.

Slightly modified from the runway, the FLOTUS put a more conservative and classic twist on the design, removing the sportier belt and skipping the bolder accessories, including the jewels and the gloves.

Yet the look still boasted the effortless, modern flair we expect to see from the First Lady.

I love how the mock-cape, origami shoulder detail beautifully frames her face and neckline, especially given her gracefully styled waves and pop of pink lip lacquer.

Saoirse Ronan’s Two Looks For The ...