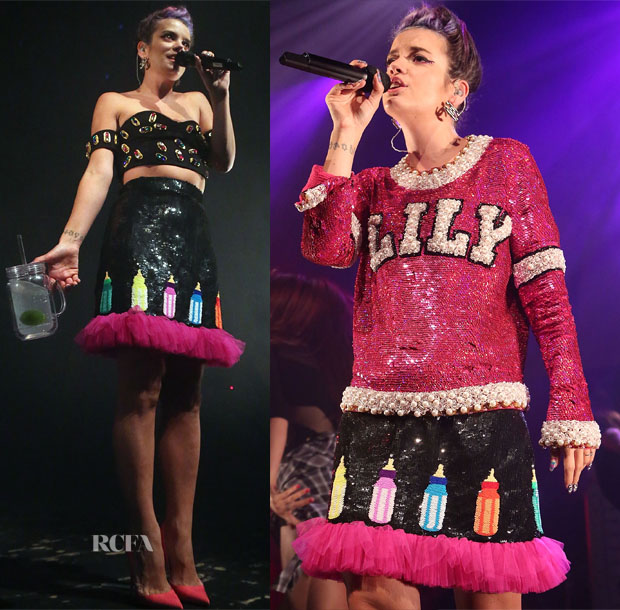 The singer wore some eye-popping pieces – which came in three parts – helping her light up the stage during her performance.

You may feel like her ‘Lily’ pink sequin- and pearl-accented sweater is familiar; that’s because she wore a similar Ashish Fall 2014 sweater with a ‘USA’ motif earlier this year.

While this kooky outfit has Christmas party written all over it, it, like Lily, has plenty of personality, plus it’s eye-catching enough that she would’ve been spotted by those in the cheap seats.

Posted by Catherine Kallon on September 24, 2014 In: Ashish, House Of Holland, Lily Allen