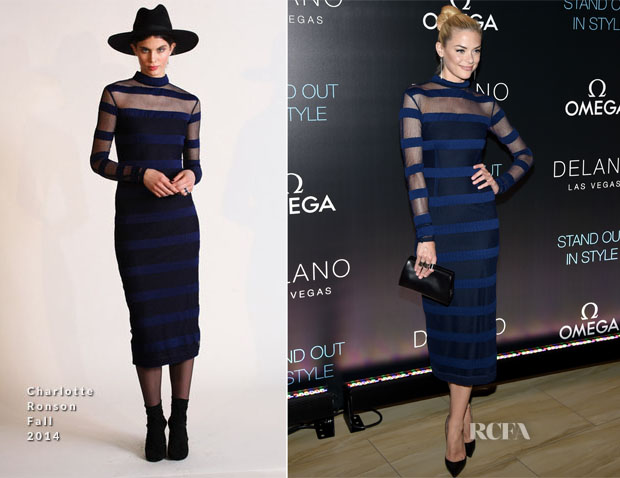 Bringing the sheer trend back to the forefront, the actress wore a Charlotte Ronson Fall 2014 dress with navy velvet panels and a black underlay.

You may remember that Taraji P Henson wore the same dress earlier this year.

This look is just OK for me. Methinks Jaime can do so much better. Perhaps I would’ve liked this more had Jaime had more fun with the accessories like Taraji did.