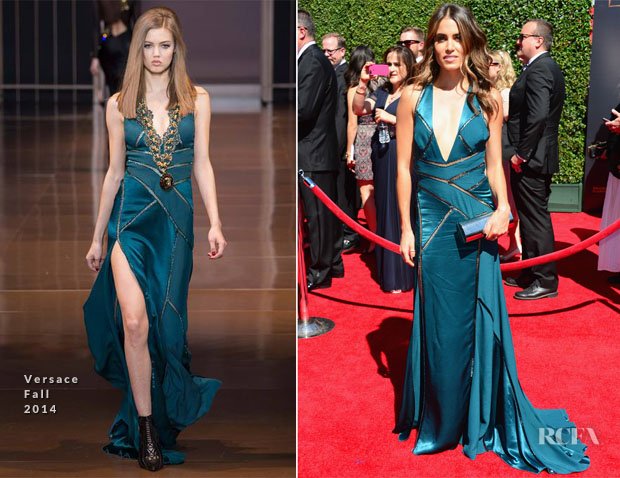 The actress wore a Versace Fall 2014 petrol-blue, bias-cut gown that not only featured a plunge neckline, but that was also slit-to-there and slashed through with netted seaming.

She styled the look with a selection of Dana Rebecca Designs earrings, EF Collection earrings and rings, and Graziela Gems rings, alongside a metallic clutch and silver sandals.

Between the slightly wrinkled satin fabric and the overwrought, ill-fitting design, this was just too much dress for Nikki, especially seeing that long train merely puddle on the ground behind her.

Those ombre waves and her sultry nude makeup would have been better served with a more well-tailored gown.